Bamako, May 13 (EFE).- Thousands of people gathered in this capital Friday to demand the expulsion of foreign forces from Mali and express gratitude for Russia’s support to the Malian military.

The protest was directed at the French-led Operation Barkhane counterinsurgency effort against Islamist groups in the Sahel region; the Takuba Task Force, a French-commanded European unit with a mission to advise and assist the Malian armed forces (FAMA); and the United Nations Multidimensional Integrated Stabilization Mission in Mali (MINUSMA).

Participants chanted slogans such as “Long live FAMA” and “Occupying armies, out of Mali,” and held up signs denouncing French President Emmanuel Macron as a “butcher” and praising Russia’s Vladimir Putin.

Mali’s current government, the product of successive military coups, has been increasingly at odds with France, the former colonial power, turning to the Russian state for weapons and to the Russia-based Wagner Group private security contractor for soldiers to battle Islamic terrorists.

Wagner mercenaries have taken part in controversial anti-terror operations that have led to civilian deaths.

The demonstration included leaders of the M5-RFP party, who denounced the sanctions imposed on Mali in February by the Economic Community of West African States and the West African Monetary and Economic Union after the junta in Bamako refused to call elections.

“The time has come to shatter definitively the yoke of the CFA franc and put an end to the neocolonialist occupation created by France,” the M5-RFP’s Jeamille Bittar said.

Created in 1946, the CFA franc remains the currency of 14 West African countries decades after they won independence from Paris.

Bittar, who earned a master’s degree in engineering in the former Soviet Union, told Efe that Russian aid has allowed Mali to provide the FAMA with appropriate equipment and training.

“Now we should expand the areas of cooperation to obtain more results,” he said. 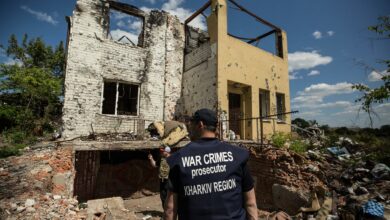 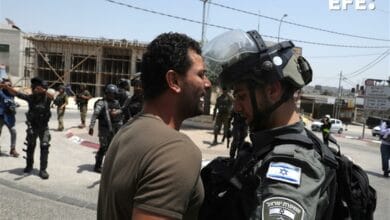