Manchester, UK, Apr 25 (EFE).- Manchester City hope to dispel their Champions League curse when they take on the 13-time title winners Real Madrid in the semifinals on Tuesday.

The English club came within a touching distance of hoisting their maiden Champions League title in 2021 but lost to rivals Chelsea.

“If we had to compete with history, we wouldn’t have a chance. Their history speaks for itself,” Manchester City’s coach Pep Guardiola told a press conference Monday on the eve of the game.

“We have to have the desire to compete against them. To play against Real Madrid is an incredible test. We want to try it. We need to suffer, to stick together, when we have the ball try to attack,” he added.

The Citizens will look to draw on the power of the Etihad Stadium, which has proved to be a stronghold having gone 19 home hames unbeaten in the Champions League.

The Premier League leaders will have to improvise in defense, as Joao Cancelo will be out of action due to a card suspension.

Kyle Walker is a doubt having missed recent games due to injury and John Stones is suffering from a muscle problem that sidelined him against Watford.

City’s main task will be to dull the threat of Real Madrid’s Karim Benzema. The Frenchman has scored 39 goals in 40 games and emphatically led Real Madrid’s Champions League comebacks against Paris Saint-Germain and Chelsea with back-to-back hattricks.

With the LaLiga title all but theirs, Real Madrid will be totally focused on regaining the continental crown.EFE 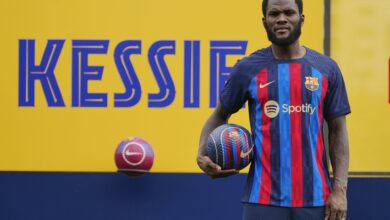