Aldama, Mexico, Sep 17 (efe-epa).- Maria Luciana Lunes, 13, is still recovering after being shot twice by paramilitary groups in the southeastern Mexican state of Chiapas, where a longstanding armed conflict and the recent pandemic have combined to keep hundreds of indigenous children out of school.

The teenager timidly recalled in an interview with Efe Thursday that, due to constant harassment from paramilitaries and the longstanding conflict pitting the Chiapas municipalities of Aldama and Chenalho, she and her seven siblings spend most of their time in a mountain refuge in Aldama and – like many of their peers – are unable continue their schooling.

Armed groups on the border separating Aldama from Santa Martha (a locality in Chenalho) are provoking terror in 13 communities and have paralyzed all activities, including education, Rosas Santiz, a representative of communal landowners displaced from Aldama, told Efe.

“It’s very difficult because people from Santa Martha burst into the community of Tabak and unleashed heavy gunfire. There were like two or three people shooting in the area known as Telemach. That’s why people are moving out. The elderly and children are hiding. There’s only just a hill dividing us,” Santiz said.

Acts of aggression in Aldama have intensified over the past four years due to a dispute over 60 hectares (148 acres) of land between that municipality and neighboring Chenalho.

On Thursday, Mexican President Andres Manuel Lopez Obrador addressed the matter and promised that the deputy interior secretary for human rights, Alejandro Encinas, will present a report on the conflict in Aldama on Friday.

Indigenous children in Chiapas, meanwhile, also have seen their education interrupted by the coronavirus pandemic, with many families preferring to wait to send their kids back to the classroom.

Most have not even been participating in the distance-learning program Aprende en Casa (Learning at Home), through which the Public Education Secretariat (SEP) has been imparting classes via radio and television since March 23, when the coronavirus crisis in Mexico began.

“It’s now been more than two years that they’ve hardly been studying. They’re not learning, poor kids. They’re already big and don’t know how to read,” said Maria Jimenez, who is one of a group of indigenous mothers in Aldama with between five and nine children.

Although the SEP has promised educational content in 24 indigenous languages, these Tzotzil-speaking women say the program’s deficiencies make it difficult for them to serve as their children’s instructors.

“Even though the teachers want us to teach our children, to dedicate ourselves to them,” that will not be possible, Jimenez said. “We have to look for work. We can’t work on our lands anymore.”

The armed conflicts have left six people dead and 21 injured, including three minors, between 2017 and the present, according to local residents.

The rivalry between the locality of Santa Martha in Chenalho and Aldama’s communities dates back to the 1970s, although they were long able to resolve their differences through different agreements.

Nevertheless, under a government land-certification program rolled out between 1993 and 2006 – the Program for the Certification of Ejido Rights and Titling of Urban Plots (Procede) – the problems re-emerged because a portion of land that had belonged to Aldama became part of Santa Martha’s territory.

These violent confrontations have provoked fear in these communities, as have the health risks associated with the pandemic.

The dual calamities have generated uncertainty among students such as teenager Eduardo Galdino Perez, who now spends his days weaving textiles with his two siblings to help support his family.

The adolescent told Efe that he works ceaselessly in hopes that eventually the coronavirus pandemic – and the fighting – will come to an end.

For now, however, his main wish is to be able to safely leave the community and sell his textiles. EFE-EPA 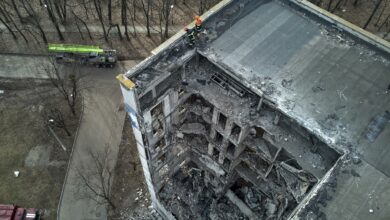 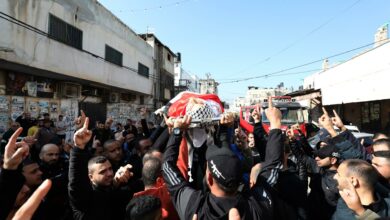