Ciudad Juarez, Mexico, Jun 12 (EFE).- A Mexican man died on Friday as he fell while trying to scale a border wall to cross into the state of Texas in the United States on Friday, according to the authorities in both countries.

The accident occurred in the border town of Ciudad Juarez, which borders the city of El Paso, Texas, when the 24-year-old man, whose name was not released, tried to cross into the US and fell from the top of the 10-meter (33 feet) high iron structure.

The Mexican authorities said he climbed the wall with ease but lost his balance after reaching the top.

After the fall, officers of the US border patrol reached the scene, and a forensic examination was expected to be carried out to ascertain the cause of death.

Amid a recent influx of migrants to the US-Mexico border, there has been a rise in cases of people losing their lives in pursuit of the American dream.

On Jun. 3, the US authorities reported that a man died in high temperatures in Texas while crossing the border.

They detailed that the man collapsed near a school in the city of El Paso, but the group he was traveling with left him on the ground, where agents later found him dead.

Regarding these type of deaths, International Organization for Migration spokesperson Alberto Cabezas said that migrants put their lives at risk when they travel through hard, isolated or inhospitable routes. 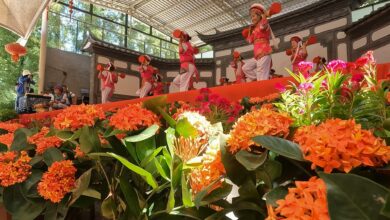 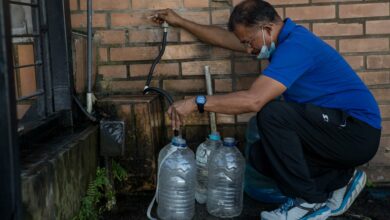