Mexico City, Jun 16 (EFE).- The deadly collapse of a metro overpass in the Mexican capital was the result of poor construction, officials said Wednesday, disclosing the findings from the Norway-based risk management firm hired to provide an independent assessment of the May 3 disaster that claimed 26 lives.

“The incident was caused by a structural failure associated with deficiencies in the construction,” municipal public works secretary Jesus Antonio Esteva Medina said, summarizing the conclusion.

Executives of the company that conducted the investigation, DNV, joined Mexico City Mayor Claudia Sheinbaum for the presentation of the preliminary report, which is to be followed by an update on July 14, while the definitive document is due at the end of August.

On Thursday, the professional association representing Mexico’s civil engineers plans to issue its own report on the tragedy.

DNV’s experts said that the Line 12 overpass gave way because of poor-quality welds and the use of different kinds of concrete in the pylons supporting the railway.

They also noted that the construction of the overpass did not conform to the original design.

DNV said that the upkeep of the line satisfied “the protocols for routine maintenance.”

The overpass collapsed at around 10.20 pm on Monday, May 3, as a metro train was traversing a section of Line 12 between the Olivos and Tezonco stations.

Two train carriages ended up resting on the roofs of a bus and several cars in the shape of the letter “V.”

The accident has been a blow to the standing of both Sheinbaum and Foreign Secretary Marcelo Ebrard, who was mayor of the capital when Line 12 was built.

Ebrard and Sheinbaum are seen as the two leading contenders to inherit the mantle as leader of the Mexican left when President Andres Manuel Lopez Obrador leaves the political stage at the end of his term in December 2024.

Deciding whether anybody should face criminal charges in connection with the accident will be a task for the district attorney, Sheinbaum said Wednesday, adding that she will soon appoint a “very high level” technical team to direct the repair of Line 12.

Known as the Golden Line, Line 12 is the newest section of the Mexico City Metro. It was completed on Oct. 30, 2012, near the end of Ebrard’s mayoral term.

The project was plagued by cost overruns and problems forced a segment of Line 12 to be shut down for months in 2014-2015, forcing its roughly 220,000 daily riders to find alternate transport.

From the start, people living alongside Line 12 complained that the tracks squeaked loudly under the weight of trains. And residents near one overpass reported cracks in the structure after a powerful earthquake struck the capital in 2017.

In a story published last Sunday that also highlighted the problem of poor-quality welds, The New York Times placed responsibility for the accident on Ebrard and on the chief contractor, billionaire Carlos Slim’s Carso Infrastructure and Construction.

People involved in the project told the newspaper that the Ebrard administration allowed corners to be cut so the Golden Line could be inaugurated before the end of his term. EFE er/dr 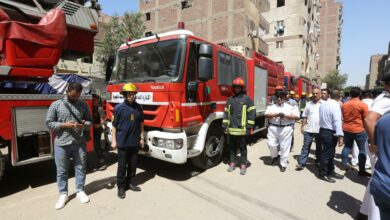 Relatives of trapped miners in Mexico call for overseas help