La Paz, Oct 23 (efe-epa).- Bolivia closed on Friday a prolonged electoral process, that had been pending for a year, with the declaration of the victory of the Movement Towards Socialism (MAS) party of former president Evo Morales in the Oct. 18 general election.

Former Morales ministers Luis Arce and David Choquehuanca were elected president and vice president, respectively, by the head of the Supreme Electoral Tribunal, Salvador Romero, while the final results of the official count were also presented.

The calculation gave Arce 55.1 percent of the votes, above the 50 percent plus one he needed to win in the first round.

Romero said the result was recognized by the contenders as well as being endorsed by the international community that sent observation missions to observe the process.

These elections represent “the beginning of the restoration of public confidence in the process and the electoral body,” although the road is still “long and requires additional tests,” he said.

“The election has fulfilled its central mission: to legally elect the authorities in a legitimate, free and participatory process, the cornerstone of democratic consolidation,” Romero added.

Arce thanked his “darling Bolivia” on Twitter, and added that he will take on “this democratic mandate with great humility.”

“Now our great challenge is to rebuild the Homeland, to regain stability and hope for each and every Bolivian. We will not disappoint the trust of the people,” he said.

The polls to elect president, vice president, senators and deputies took place a year after those of Oct. 20, 2019 were annulled under allegations of fraud in favor of then-president Morales, who had been declared the winner for a fourth consecutive term. He then stepped down, claiming that he was forced to leave power due to an alleged coup.

The results of the recent elections were accepted almost without objection, unlike the 2019 process that immediately raised suspicions of fraud due to irregularities such as a sudden change in the preliminary count, which went from anticipating a second round between Morales and Mesa to give the win in first to the then-ruler.

Among the many messages of congratulations that arrived for Arce during the week, the European Union (EU) praised the peaceful process that allowed citizens who went to the polls “in high numbers” to vote “freely.”

Romero also highlighted that participation reached 88.4 percent, “the second highest record in” Bolivian “history and one of the highest in Latin America in the 21st century.”

He said it had been the fastest count in the country’s democratic history, as the process was concluded in five days compared to the 12 to 32 days it took to do so in previous general elections.

Romero added that the Legislative Assembly “keeps Bolivia at the forefront of the world due to the percentage of female parliamentarians.”

The Women’s Coordinator highlighted on Facebook a historical record of 56 percent female presence in the Bolivian Senate.

Parliament will be made up of 96 legislators, including senators and deputies, from the MAS, 50 from CC and 20 from Creemos, according to the official count.

Mesa reiterated his congratulations to the winners and confirmed that CC, “as the head of the opposition,” will remain “vigilant” and will have a supervisory role that will follow “in detail” what the new authorities do.

The ex-president pointed out that his alliance is aware of the defeat, but considers itself to have “a real and objective force” that represents a third of the voters, so it plans to participate in the next sub-national elections, in which governors and regional parliamentarians will be elected, as well as mayors and councilors.

The sub-national elections were supposed to be held in the first four months of this year, but they were suspended first due to the political and social crisis of 2019 and then due to the COVID-19 pandemic. 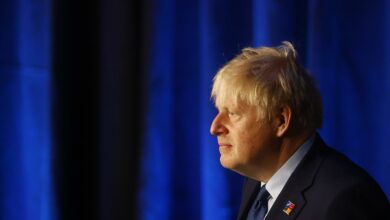