In the first official statement from the Japanese firm about the operation, Mitsubishi said it had submitted a letter of notification to Russia “in relation to taking the ownership of shares in Sakhalin Energy LLC, a limited liability company newly incorporated under the laws of Russia, to operate ‘Sakhalin 2.'”

“We have now confirmed that the application has been approved by the Government of the Russian Federation,” it added.

Mitsubishi said it will negotiate the terms and conditions of the shareholders agreement and will “continue assessing the project related risks, assuming various scenarios.”

“Sakhalin Energy LLC has started supplying LNG from the Sakhalin 2, and at this point, we have confirmed its policy of producing and supplying LNG as planned,” the company added in the first public mention of the current status of Russian gas supply to Japan.

Mitsubishi was one of the investors in the consortium operating the Sakhalin-2 oil and gas project on the island of Sakhalin, separated from the northern Japanese island of Hokkaido by the La Pérouse Strait.

The Japanese conglomerate owned 10 percent of that operator and was seeking to maintain the same stake in the new one, Sakhalin Energy, which President Vladimir Putin ordered to be set up following the imposition of Western sanctions after Russia invaded Ukraine, in practice putting the project under control of Moscow.

Investors were told to reapply to maintain their stake in the new entity.

The other members of the consortium were Gazprom (50 percent), Britain’s Shell (27.5 percent) and Japan’s Mitsui (12.5 percent), which confirmed Wednesday that its request to remain has also been approved by Russia.

Shell had already declared its intention to leave as a result of the war, in line with the policy of the main European powers to break their energy dependence with Russia. Gazprom will keep its stake.

The Japanese government asked its companies to remain in the project to ensure a stable energy supply to the country, highly dependent on exports due to its lack of resources.

The Sakhalin-2 project produced and exported 11.6 million tons of LNG in 2021, of which more than half – about 6 million tons – went to Japan.

The Asian country depends on imports for about 98 percent of the gas it consumes and Russia is its fifth largest supplier of the fuel.

Sakhalin-2 accounts for about 10 percent of the liquefied gas that Japan imports. EFE 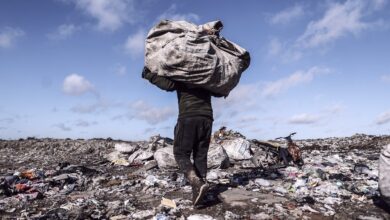