San Diego, USA, Sep 10 (EFE).- “The problem is that some politicians and media try to (…) blame the entire faith, the entire Muslim community, for something wrong that was done by a few members,” says Taha Hassane, an imam in San Diego, the city that was the base for the first 9/11 terrorists to reach US territory, in an interview EFE.

Khalid al-Mihdhar, Nawaf al-Hazmi and, later, Hani Hanjour, were three Al-Qaeda members who lived and took English and flying lessons in a neighborhood of the Southern California city.

Months later, on September 11, 2001, they hijacked and crashed an American Airlines commercial airliner into the Pentagon, killing all 64 people on board, along with 125 on the ground.

From the Islamic Center of San Diego, Imam Hassane tells Efe that the trio were never members of the community, but “were just guests” who came to the local mosque to pray.

After 9/11, the Islamic center suffered several attacks, from bomb alerts to gunshots on its outside walls, as well as damage inside the mosque.

One of its members who preferred to remain anonymous, recalls in statements to Efe that during the first years after 9/11, he and his wife received insults and threats in the street because of their unfounded connections with the terrorists who had lived in San Diego, simply because they dressed a certain way.

Two decades later, Imam Hassane says that hostility against the Muslim community “is still a reality in the US,” although he feels it has become more manageable than at the beginning of the century.

But FBI figures show that crimes against Muslims and mosques in the US have remained at similar levels  in the two decades since, making Muslims the second most persecuted religious group in the country, behind Jews.

For the imam, the main driver of this hatred lies in the “Islamophobic messages” of some politicians and media outlets that “keep sending the negative message about Islam and Muslims.” 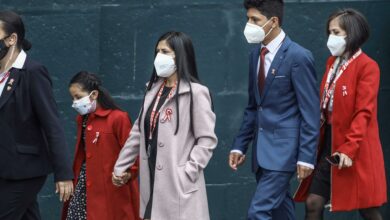