Bangkok, Jun 1 (EFE).- Myanmar’s junta opened the country’s schools for the first time Monday since the Feb. 1 coup amid a strike by teachers and students who refuse to work and study under the military’s command.

Teachers were one of the first civil servants to join the civil disobedience movement promoted in opposition to the military uprising which has paralyzed the administration for almost four months with its indefinite strikes.

Donning white shirts and dark green longi, teachers led multiple demonstrations in rejection of the military that emerged in all corners of the country after the military uprising that ended a decade of incipient democracy and freedom in the country.

Authorities responded against protests condemning police violence by using war weapons against demonstrators, and the persecution of anyone involved with the resistance movement.

The military junta has arrested more than 100 teachers and issued arrest warrants for dozens, in addition to suspending employment and paying for some 130,000, according to data from the country’s teachers federation, as it stands by its decision not to work for the junta.

“They are afraid of the resistance. That is why they try to threaten us so that we can return to the classroom,” said Professor Soe Thura Kyaw, accused of a crime of incitement and sentenced to up to three years in prison, last week on the Myanmar Now news site.

In the past school year, suspended as a result of the pandemic, more than 9 million children were registered, according to data from the education ministry of the now overthrown democratic government.

However, for this school year 90 percent of students have refused to enroll in the educational system under the control of the new military junta, according to data from the federation, according to Myanmar Now.

In several schools in the country they appeared with graffiti calling for an insurrection against the military or calls to boycott the educational system sponsored by the military command during the massive protests.

Occasionally, uniforms stained with red paint were also hung to denounce the violence of security forces that caused the death of at least 840 people, according to data from the Association for the Assistance of Political Prisoners, which has recorded more than 5,500 arrests since Feb. 1.

The Army justifies the coup on alleged electoral fraud in November’s elections, in which the party led by deposed leader Aung San Suu Kyi won a landslide, as it did in 2015, with the endorsement of international observers. EFE 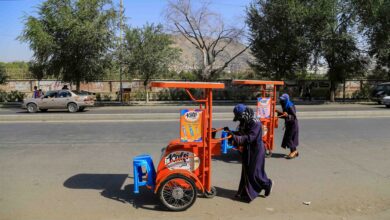 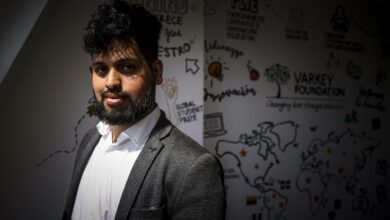