Sydney, Australia, Apr 28 (EFE).- Myanmar swimmer Win Htet Oo said he won’t attend the Tokyo Olympics, for which he was classified, in protest of the military coup in his country because he does not want to “parade under a flag soaked with the blood” of his compatriots.

“I have decided to reject any participation in the Olympics while Myanmar is under military dictatorship,” he told EFE from Melbourne, Australia, where he moved in 2017 to train.

Win Htet Oo, 26, became the first athlete from Myanmar to qualify for Tokyo after the 2019 Southeast Asian Games in the 50-meter freestyle event.

The Myanmar army ended that dream, like many others, on Feb. 1 when it carried out a coup that overthrew the democratic government of Aung San Suu Kyi and imprisoned part of her cabinet.

The civil disobedience movement against the military junta and pro-democracy protests that have taken place throughout the country since then have been violently repressed by security forces, who have already killed more than 750 civilians and detained more than 3,000.

“I shall not march in the parade of nations under a flag steeped in my people’s blood,” the swimmer said when he announced on Apr. 10 that he wasn’t going to attend the Olympics in a letter posted to social media.

He told EFE that although the Myanmar Olympic Committee plans to send a national team to the Tokyo Games, to be held between July and August a year late due to the pandemic, he does not intend to represent his country while it is under a military regime.

“I believe the military is exerting pressure on the athletes to conform. They have already arrested and tortured many famous Myanmar musicians, artists, journalists and celebrities,” said the swimmer, who does not know if other qualified athletes will follow his example.

“Many have taken down their Facebook and Social media pages,” said Win Htet Oo, who has been told by witnesses that elite athletes are under surveillance at their training centers in the capital Naypyitaw.

After years of hard work, he said quitting the Olympics is a very difficult decision for an athlete, but that Myanmar’s priorities had changed.

“I still train and compete but now I believe I can only be an advocate on behalf of the people of Myanmar, my sporting career will have to transform to activism,” he said.

Since the coup, a civil disobedience movement, joined by doctors, officials and workers from all sectors, has practically managed to stop the country by refusing to work for a military government.

“We continue to fight for our freedom every day. We know nobody can give us freedom, we must get it ourselves,” the swimmer said.

Myanmar has participated in the Summer Olympics since 1948 but has never won a medal. EFE 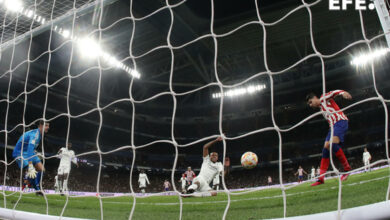