The nonprofit said nine people were reported dead in the so-called “worst floods” in a decade in parts of Thailand.

Floods have submerged large areas in more than a third of the country, the IFRC said.

“What we have seen in Lopburi, Singburi, and other areas north of Bangkok is that people are expecting to live with the flood waters for several weeks,” said Amnat Bali, Director of Relief and Community Health Bureau, Thai Red Cross.

The humanitarian agency said the floods multiplied the crisis caused by the pandemic that has snatched hundreds of thousands of jobs and forced the closure of many businesses in the country.

Amid the tragedy, a restaurant near the Chao Phraya River in Nonthaburi, north of Bangkok, has taken advantage of the flooding to attract customers.

Guests who eat lunch or dinner on its flooded terrace seize the opportunity to take photos and upload them on social media.

According to the Department of Disaster Prevention and Mitigation, the heavy rains caused by storm Dian Mu since Sep.23 have flooded more than 7,000 towns in 33 provinces in the north and center of the country.

Seventeen of them remain flooded.

The Department of Meteorology reported that a new tropical storm, Lionrock, is approaching the South China Sea and may enter the northeastern part of Thailand on Monday.

The authorities fear that the new story may worsen the situation.

The Pasak dam in Lopburi province reached 90 percent of its capacity in recent days, even as it did not cross the levels of 2011 when at least three dams exceeded the threshold.

The 2011 floods caused the death of 815 people and billions of dollars in damage, mainly due to the closure of companies for months.

Floods are usual during the rainy season between May and October in Thailand. Tropical monsoons can last longer in some regions. EFE 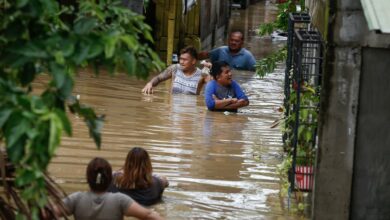 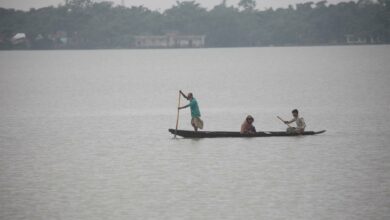