Maputo, Jun 23 (EFE).- Leaders of the 16 member-states of the Southern African Development Community (SADC) agreed Wednesday on a plan to deploy troops to fight Islamic extremists in northern Mozambique.

The leaders “approved the Mandate for the SADC Standby Force Mission to the Republic of Mozambique, to be deployed in support of Mozambique to combat of terrorism and acts of violent extremism in Cabo Delgado,” according to the final communiqué of the extraordinary summit in Maputo.

While an SADC panel recommended deploying 3,000 soldiers, the document did not say how many troops would to be sent to help the Mozambican military fight the Al-Shabab group, which is not connected to the Somali organization of the same name.

Besides military assistance, the leaders urged SADC governments “to continue providing humanitarian support to the population affected by the terrorist attacks, in Cabo Delgado, including the internally displaced persons.”

Al-Shabab has been terrorizing northern Mozambique since 2017, killing nearly 2,900 people, more than half of them civilians, according to the Armed Conflict Events and Location Data Project.

On March 24, the terrorists launched an attack on the coastal city of Palma, where French oil giant Total has major operations.

The militants besieged the city for days, leading to scores of deaths and forcing some 70,000 people from their homes, the United Nations Refugee Agency said earlier this month.

Even before the assault on Palma, the conflict had displaced roughly 700,000 people. EFE ac/ta/dr 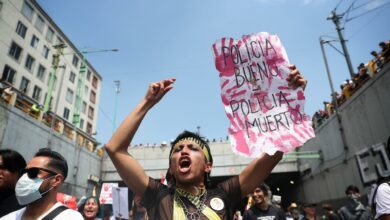