New York City, US, June 11 (efe-epa).- After two weeks of protests over the death of George Floyd, hundreds of New Yorkers took to the streets on Thursday despite the rain to continue calling for reform in law enforcement and the withdrawal of police department funding.

Hundreds of people gathered at around 4 pm at Washington Square Park in central Manhattan, where they stood in silence with their fists raised in some moments and chanted “We will win” in others.

An hour and a half later, the protesters, under the slogan “Defund the police,” began to march through the city’s streets chanting “Shut it down” in reference to the New York Police Department (NYPD).

The demonstrators also carried posters against police unions, which are criticized for being “too powerful” as they have been one of the main reasons that statute 50-A, which prohibits public access to the history of a police official’s disciplinary records, has not been repealed.

A few hours earlier, hundreds of cyclists and citizens on foot traveled from north Manhattan to the south, pouring red paint on the pavement to signify the blood spilled by police on the city’s streets and left red-colored handprints on pedestrian crossings and traffic signals.

Amid the ongoing protests, New York Police Commissioner Demot Shea said Thursday that more police officials were “probably” going to be suspended for their excessive use of violence during the city’s protests, after several of them were suspended earlier, and one of them arrested for pushing a protester to the ground.

“I took action the last couple weeks in suspending a number of officers. There will probably be more,” Shea said during an internal pep talk he hosted on Twitter.

“We cannot have people acting inappropriately. I know the difficult circumstances you are under, I know there are some people who don’t understand law enforcement recommending things that are completely impractical. I get it. I know. But right is right and wrong is wrong,” he added.

He also pointed out that while people were repeatedly calling for reforms, changes had been underway for years.

“Nobody is mentioning that we have been reforming for six years. The policies and practices that we’ve put in place are many of the reforms that are being recommended today,” he said.

Several incidents of violence at the New York demonstrations, including the ramming of two NYPD patrol cars into a group of protesters, are being investigated by New York Attorney General Letitia James, on the orders of the state’s governor, Andrew Cuomo.

One of the victims of police violence, Martin Gugino, a 75-year-old protester pushed to the ground by police officials in Buffalo, New York, sustained brain injury related to the incident, his lawyer announced Thursday.

In an emailed statement to media, his lawyer Kelly Zarcone said that Gugino, admitted to hospital after the incident, was “feeling better” and was “starting physical therapy today which is definitely a step in the right direction.” EFE-EPA 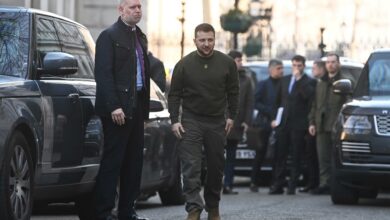