Starting 11:59 pm on Jul. 31, travelers from any country will be able to enter New Zealand.

Visitors will still need to present a vaccination certificate or an approved exemption for vaccination to enter.

The measure also greenlights the arrival of cruise ships in the country from that date and the full resumption of international education, according to a joint statement by Ardern, and the education, tourism and immigration ministers.

Ardern said that the country will then be “fully open” and that this move will help companies ease a shortage of skilled labor in certain sectors.

“By helping to relieve urgent skills shortages, opening up tourism and putting our immigration settings on a more secure footing, we are building on our proven plan to secure New Zealand’s economic future,” she said.

New Zealand’s borders have been sealed since March 2020 due to the coronavirus pandemic.

The country even delayed the return of its own nationals by imposing a daily entry quota in order to prevent the virus from entering and spreading across the country.

In early February, the authorities announced a five-stage reopening plan that began on Feb. 28 with the lifting of the daily limit for the return of New Zealanders and was scheduled to conclude in October, but which has now been brought forward to July-end.

New Zealand, which recorded less than 100 Covid-19 cases in January, has fully vaccinated 96 percent of the target population.

The country reported 8,047 new infections on Wednesday and detected a total of over one million cases, including 855 deaths, since the start of the pandemic.

Despite the high vaccination rate, New Zealand saw anti-vaccine protests in front of the parliament in Wellington between February and early March. EFE 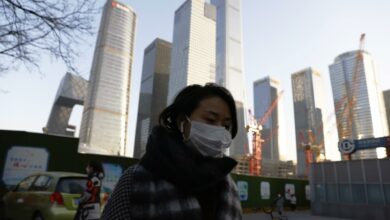