Sydney, Australia, Aug 26 (efe-epa).- The author of the supremacist massacre against two mosques in Christchurch, which caused 51 deaths, has rejected his right to testify before the High Court of New Zealand, which will condemn him Thursday for the March 2019 incident, judicial sources told EFE.

Australian Brenton Tarrant, 29, who took up his legal defense for this conviction phase that began Monday, pleaded guilty last March to 51 counts of murder, 40 for attempted murder and one for terrorism, avoiding a trial of more than six weeks.

It was hoped that after hearing the testimonies of survivors and relatives of the victims, Tarrant would use his right to address to the New Zealand Court.

Tarrant has remained impassive to the emotional testimonies of the victims, which ranged from insults, condemnation and forgiveness, in what was the first time they saw each other face to face after the attack.

But the long-awaited arguments from Tarrant, who is expected to be sentenced to life in prison without bail, will not come to pass.

On Thursday, Judge Cameron Mander, of the High Court of New Zealand, will issue his sentence, according to judicial sources, in a session that will also include the arguments of the Crown prosecutor, Mark Zarifeh; as well as Assistant Magistrate Attorney Kerry Cook.

“Send Brenton to Australia,” said John Milne, father of a 14-year-old boy killed in the attack, when addressing Christchurch City Superior Court Judge Cameron Mander, despite the fact that the decision is not in the hands of the magistrate.

“You have killed my son, but for me you have killed all of New Zealand,” said Aden Diriye, father of Mucaad Ibrahim, the three-year-old boy who was the youngest victim of the attack.

“I know that true justice awaits you in the next life and I know it will be more severe. I will never forgive you for what you did,” Diriye said, adding that she trusts that the court will give her a fair sentence.

At the beginning of the day, Aha Nabi, the son of another victim, asked Judge Mander that “this parasite of the world never gets out of prison in his entire life and never sets an example for those who follow in his footsteps.”

“You wanted to make this world a human cult of one color, but you were never successful. There is nothing heroic in killing people from behind, without them having the opportunity to defend themselves,” he added.

Prosecutor Mark Zarifeh is expected to make a presentation at the end of the testimonies of some 80 survivors and relatives of the massacre’s victims, who have begun to wait outside the court since Monday, awaiting for Tarrant to speak. EFE-EPA 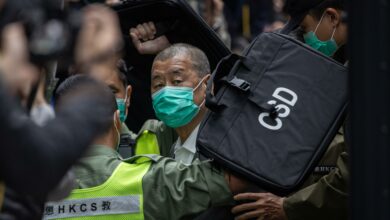