Seoul, Jul 30 (efe-epa).- The North Korean regime’s number two has visited the border city of Kaesong, which has been sealed off following the first alleged case of COVID-19 in the country, state media reported on Thursday.

Choe Ryong-hae, president of the Presidium of the Supreme People’s Assembly and First Vice Chairman of the State Affairs Commission, inspected emergency safeguards in place to contain the potential spread of the infectious disease in the city and its adjacent areas, according to the Korean Central News Agency.

He met with local officials and “emphasized that the disinfection and quarantine project will be strictly carried out in accordance with the epidemiological requirements” established by the state and Worker’s Party, KCNA said.

Choe also stressed the importance of insuring an uninterrupted supply of food and medicines necessary for the residents of Kaesong.

On Sunday the regime said that it had detected the first possible case of COVID-19 in a Kaesong city resident who had defected to South Korea in 2017 and had recently returned.

However, the authorities of South Korea, which has one of the most exhaustive tracking systems in the world, have said that the 24-year-old man with the last name Kim is not on the list of the infected persons, has not been in contact with infected individuals and his close contacts have tested negative.

He is believed to have swam across the border after a bag was found on Ganghwa Island near the capital Seoul.

Experts believe that the virus was already present in the country due to its porous border with China, and some say the regime could be using the case of the defector to blame South Korea for the entry of the virus, possibly as a way to finally acknowledge its presence in the country.

However, on Thursday, a Rodong Sinmun report again claimed that not a single COVID-19 case had been recorded in North Korea. EFE-EPA 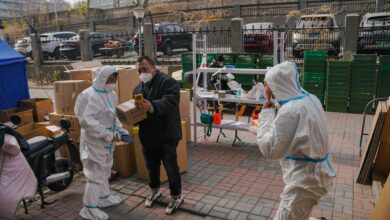