Havana, Jul 13 (EFE).- One man was killed during a clash between demonstrators and security forces in an outlying neighborhood of Havana, the state-run Cuban News Agency (ACN) reported Tuesday.

The victim was 36 years old and was participating in an anti-government protest on Monday at the Consejo Popular Güinera in the municipality of Arroyo Naranjo, in the southern part of greater Havana, a protest that was being staged amid a large number of such demonstrations launched against the government starting on Sunday in several towns and cities around the communist island.

Besides the single reported fatality, police and security forces arrested several people and an unknown number of other people suffered injuries, including several government law enforcement agents, in the clash in La Güinera, ACN reported.

The Monday protest there, one of Havana’s most economically disadvantaged zones, was broadcast in several videos via the social networks despite the fact that the government has kept the local Internet connections cut since Sunday.

In the images can be seen dozens of people moving through the streets shouting slogans such as “Freedom” and “A united people will never be defeated.”

According to the ACN version, the demonstrators “tried to head toward the area’s National Revolutionary Police station with the aim of attacking the officers and damaging the facility.”

The official news outlet accused the demonstrators of attacking security forces and police with stones and knives, vandalizing homes, setting trash containers on fire and harming the electric power network.

It also said that the dead man had a “criminal background” for allegedly acting to disrupt public order and that the authorities are investigating the circumstances surrounding his death.

The demonstration on Monday in La Güinera came one day after, in an unprecedented series of incidents in Cuba, thousands of people took to the streets in several cities to protest against the government, blaming Havana for the lack of food and medicines, power blackouts and the worst spike in the coronavirus pandemic, during which new infection and death records are being set each week.

The Miguel Diaz-Canel government, meanwhile, says that the United States is responsible for the crisis and the protests.

The protests have resulted in injuries to a number of people and many arrests, with Human Rights Watch saying that the arrests exceed 150 and the whereabouts of most of the people in custody are currently unknown.

The citizen demonstrations launched on Sunday have been the most significant in 60 years, with the only precedent being the “maleconazo” protests in August 1994, which were limited to Havana. 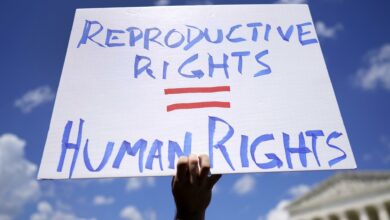