The provincial department of emergencies said that around 190,000 hectares of crops had been destroyed and over 17,000 houses had been damaged by the rains and floods.

The Shanxi meteorological department has warned of more rains in the southern part of the province, which has a population of around 35 million.

According to the weather office, between 8 pm on Oct. 2 and 8 am on Oct. 7 as much as 119 millimeters of rain was recorded in the region, a figure which is three times higher than the average for this period.

Xinhua on Monday also reported that a dam had broken on Saturday on Fen, a tributary of the Yellow river, in which the water levels have reached their highest mark in nearly 40 years.

The rains have also damaged a part of the walls of the ancient city of Pingyao, a UNESCO World Heritage site which is popular with tourists.

Last week, Shanxi authorities had reported that at least five people had been killed in incidents related to constant rains.

The neighboring Shaanxi province was also affected by continuous rains last week, which led to the evacuation of over 50,000 people, according to Xinhua.

Recently the National Meteorological Center of China said that rains in northern China, including Shanxi, had touched a record high in September.

In June, central China had already been hit by heavy rains that killed more than 300 people in the Henan province, according to figures released by local authorities. EFE 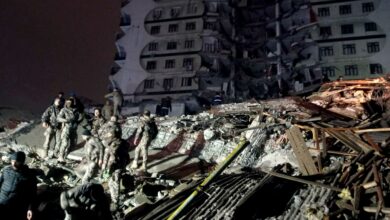