Islamabad, Oct 28 (efe-epa).- Pakistan’s Prime Minister Imran Khan on Wednesday, in a letter to other Muslim leaders, accused Europe of attacking and ridiculing Islam and called on them to raise their voices against Islamophobia.

“Today, we are confronting a growing concern and restlessness amongst our Ummah as they see the rising tide of Islamophobia and attacks, through ridicule and mockery on our beloved Prophet (Muhammad) PBUH in the Western world, especially Europe,” Khan said in a missive.

He claimed that European leaders were desecrating the Koran, while mosques were being closed and Muslim women were prohibited from wearing veils.

“Hurtful actions result in reactions from Muslims as they see their faith and their beloved Prophet targeted,” the prime minister said, in an apparent reference to the beheading of a French teacher by a young Chechen extremist for showing his students controversial caricatures of Prophet Muhammad in a class on freedom of expression.

Khan urged his counterparts from Islamic countries to explain to non-Muslim leaders, especially in Western countries, the love that all Muslims feel for their holy book, the Koran, and for Prophet Muhammad.

“We must explain to the Western world that value systems differ for different social and religious and ethnic groups in the world,” said Khan, giving the example of the ban on questioning the Holocaust to underline his cause.

“There has to be an understanding by the Western world of giving a similar respect to Muslims, who have also seen their people killed in mass numbers from Bosnia to Iraq to Afghanistan, to Indian Illegally Occupied Jammu & Kashmir.”

On Sunday, Khan had accused French President Emmanuel Macron of attacking and hurting “the sentiments of millions of Muslims in Europe and across the world” by encouraging the publication of Muhammad’s cartoons.

Moreover, the prime minister also wrote a letter to Facebook CEO Mark Zuckerberg, urging him to ban “Islamophobic content” on the social network.

Khan warned that such posts could lead to the radicalization of Muslims.

Last week, Macron had announced a series of measures against Islamist radicals, following the beheading of the teacher in France on Oct. 16, drawing the ire of several Muslim countries. EFE-EPA 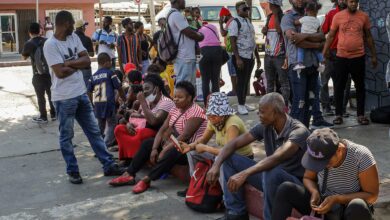