Islamabad, Apr 12 (EFE).- The new Prime Minister of Pakistan, Shehbaz Sharif, expressed Tuesday his desire to improve ties with India and resolve their differences in the disputed Kashmir region, a day after his appointment following the dismissal of Imran Khan.

Modi, in his Twitter post, stressed on the need for “peace and stability in a region free of terror” so as to be be able to focus on “our development challenges and ensure the well-being and prosperity of our people.”

Situated in Himalayan foothills, Kashmir is divided between India and Pakistan along the Line of Control or the de facto border, while both countries claim the region entirely and have fought several wars for it since their independence from the British Empire and the partition of the subcontinent in 1947.

Political analyst Zahid Hussain, in an interaction with EFE, recalled that Shehbaz’s brother, former Prime Minister Nawaz Sharif, had good relations with Modi, and the Indian leader even visited him in December 2015 on a surprise trip to Lahore.

However, Hussain stressed that a major change in bilateral relations was unlikely given that the Kashmir dispute would continue and that the new prime minister has a “short time” before the parliament concludes its five year term next year.

Sharif came to power after a no confidence motion, led by opposition parties, against Khan, who lost his majority in the National Assembly, or lower house, after several of his allies switched sides.

Khan repeatedly claimed that his ouster was the result of a US-led “foreign conspiracy” with opposition support, for having pursued an independent foreign policy that was in Pakistan’s interests.

In this regard, he mentioned his meeting with Russian President Vladimir Putin in Moscow on the day of the start of Russia’s invasion of Ukraine.

According to the analyst, the new prime minister will maintain good relations with China, which has significant investments in Pakistan, and will also try to “strengthen ties with Russia, but not at the expense of Pakistan’s relations with the United States.”

Sharif “is more western friendly so he will to try to mend Pakistan-US ties which were damaged during Imran Khan’s tenure,” Hussain added. EFE 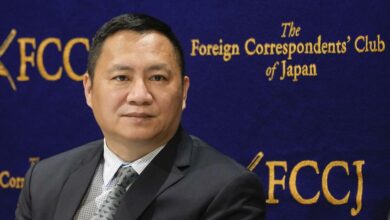