The situation at the Principe de Asturias school, which is located in the Peruvian capital’s low-income Villa El Salvador district and is set to reopen in less than 30 days after a two-year pandemic-induced shutdown, “is somewhat critical,” principal Diego Roberto Oscco told Efe.

“All of the furniture needs to be changed, and some classrooms are considered high risk, uninhabitable. But since they’re needed, we use them,” Oscco said with resignation in his voice.

The educational infrastructure problems in Peru date back decades, but the level of neglect worsened after the onset of the pandemic two years ago.

Instability in that sector has been a further obstacle to remedying the situation, with the leadership of the Education Ministry changing hands five times since the start of the health crisis.

Efforts now are being accelerated to spruce up the schools and get them ready to safely switch to a hybrid learning model starting on March 28.

But an annual budget of 7,500 soles ($1,950) per school is woefully inadequate for solving the problem, according to experts consulted by Efe.

According to official figures, nearly 40 percent of Peruvian schools are at risk of demolition and need to be replaced entirely.

That is the case at Jose Maria Aguedas, a school in Lima’s Santa Anita district that was declared uninhabitable in 2016. The children instead are studying at pre-fabricated classrooms that were acquired through donations and assembled by their parents.

The president of the local parents’ association, Marino Espinosa, told Efe there is a sense that the government has abandoned their community.

Of Peru’s 54,800 schools, only 9 percent are in good condition while 76 percent need to be structurally reinforced or completely demolished, the dean of the Architecture Department at Lima’s University of Sciences and Arts of Latin America, Rudolf Giese, told Efe.

In addition, 60 percent of those schools are lacking some type of service: 40 percent do not have running water, 36 percent lack sewage service and 30 percent function without electricity.

Experts say emergency measures are needed to ensure a safe return to the classroom but they insist the long-term solution clearly lies in boosting investment, managing resources more efficiently and promoting private investment.

The infrastructure problems will take many decades to solve,” Unicef’s representative in Peru, Ana Mendoza, told Efe. She also agrees with Giese that the private sector has a golden opportunity to “lend a hand.”

Giese, for his part, says a scheme whereby national, regional and local governments accept infrastructure projects in lieu of taxes is “definitely the key” to involving the private sector and injecting capital “more efficiently and more quickly.”

“It’s a mechanism whereby private-sector companies can pay up to 50 percent of their taxes in advance and allocate those funds to certain projects in the nation’s interest,” he explained. EFE 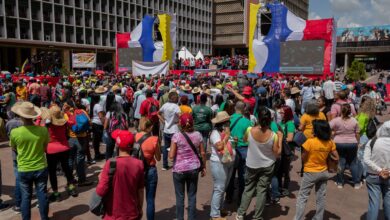