Buenos Aires, May 13 (EFE).- A group of 18 penguins have been returned to Atlantic waters off Argentina’s coast after having been rescued and restored to health at an aquarium, the Mundo Marino Foundation said Friday.

That waddle of 17 Magellanic penguins (Speniscud magellanicus) and one southern rockhopper penguin (Eudyptes chrysocome), which were released into the wild last week in the seaside town of San Clemente del Tuyu, were suffering from malnutrition, dehydration, hypothermia and parasitism when they were found in several coastal locations of Buenos Aires province between February and April.

They were discovered “on the beach with … ‘stranded penguin’ syndrome,” Sergio Rodriguez Heredia, a biologist who heads the Mundo Marino Foundation’s rescue center, said in a statement, referring to a condition in which these marine birds lose the ability to thermoregulate due to a lack of food.

While at the center, the penguins were warmed and fed a liquid diet until they regained the ability to eat whole fish.

Before they were released, veterinarians took blood samples to assess their condition and implanted a subcutaneous chip so they can be identified if they turn up later at another site.

The southern rockhopper penguin is listed as a “vulnerable” species by the International Union for Conservation of Nature, while the Magellanic penguin has the status of “least concern.”

Both types of penguins live part of the year in far-southern South America’s Patagonia region But they annually migrate as far as the coasts of Brazil’s Rio de Janeiro state in pursuit of their main food source, the Argentine anchoita (Engraulis anchoita). EFE 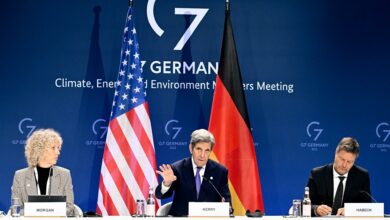 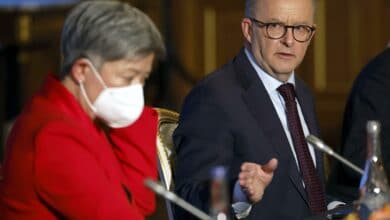