Madrid, Jan 19 (EFE).- Peru wants international tourists to travel to the country for “life experiences” and to “disconnect” from the stress of everyday life, Amora Carbajal, president of the Commission for the Promotion of Peru for Exports and Tourism (PromPerú), told EFE.

In an interview during the International Tourism Fair FITUR 2023 in Madrid, Spain, the president of this state agency argues that Peru “has tourism icons that other countries do not have” such as “Machu Pichu or Lake Titicaca.”

It has attractions such as “the Amazon, ancient culture, textile traditions, or cities as important as Caral north of Lima, which has 5,000 years of history and can be compared to Mesopotamia.”

In addition to trips, they are “experiences” that, in her opinion, the traveler will take from “a people as warm as the Peruvians.”

“They are life experiences that will transform you, like being with indigenous communities or in the rural area or being in the north enjoying the beaches, there are many things and experiences that we are offering,” she says.

These experiences also serve for the tourist to “disconnect,” another aspect that Carbajal says “is also sought after” today.

AN “EVEN BETTER KNOWN” PERU

Carbajal says that for the future they want Peru “to be even better known than it already is” for European tourists so that they “not only travel to the country once but return.”

“Europe is a continent that knows Peru very well, but the important thing is that the European repeats the trip, first they can go to the south which is traditional, Puno, Cuzco, Arequipa… but then they also come to see other destinations, it is what the tourist seeks, unique experiences to connect and also disconnect,” she said.

Along these lines, she emphasizes that “in the coming years” they want to “continue bringing international tourists so that they can take a bit of Peru home with them and share with their friends and family the unforgettable experiences they had” in the country.

She acknowledges that the situation after the pandemic was “very hard” for the Andean country’s tourism sector, which despite this “is recovering.”

Thus, Carbajal says that they are “working hard, especially so that small and medium-sized companies in the sector can get ahead” with an incentive policy.

“But, as PromPerú, our main mission is promotion, so we are working on that, here, throughout the year with many other activities, and with the Peru Brand that we are going to reposition worldwide, we are very convinced that Peru is a great opportunity for everyone,” she said.

FITUR, THE “MOST IMPORTANT” TOURISM FAIR FOR PERU

The president of PromPeru says that the International Tourism Fair that began Wednesday and ends on Sunday is the “most important” for her country.

“We start the year with FITUR, it is the most important fair of the year for us, in Spain, in Madrid, which for us as Peruvians has a natural link,” she said.

And that is why Carbajal traveled to Madrid with “26 companies offering a variety of diverse products from the 25 regions of the country and from different segments: adventure, nature, culture, gastronomy and also from the congress segment.”

Meanwhile, the Peruvian ambassador to Spain, Oscar Maúrtua de Romaña, analyzed the current political situation in the country after the removal of former President Pedro Castillo, which has led to violent demonstrations and dozens of deaths.

“Without a doubt, it has affected the image of the country, the most sensitive sector is tourism, and we have felt it, there are significant cancellations. What tourist is going to be encouraged when the image that is propagated in the media is of violent demonstrations?”, he asked.

Thailand expects 25 million tourists this year, two-thirds of those in 2019 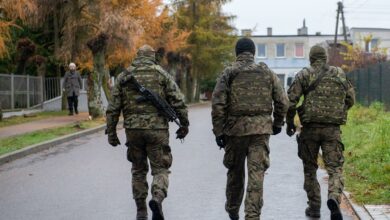