Lima, Mar 9 (efe-epa).- “Only indigenous justice remains to us,” Herlin Odicio, the leader of the Cacataibo tribe, said.

He is tired of the impunity with which his “brothers” are being murdered for opposing drug traffickers and illegal logging in their territories in the Peruvian Amazon.

In less than a year, four Cacataibo and two other members of the Ashaninka tribe have been murdered in the same region for confronting the invaders of their native lands, the last two in just the past three weeks, although Odicio said in an interview with EFE that this has been going on for some time.

Cacataibos have been getting killed for years, but they have never publicly complained about it until Odicio became the leader of the Native Federation of Cacataibo Communities (Fenacoca), an organization encompassing nine communities of some 10,000 people along the Aguaytia, Zungaroyacu and San Alejandro rivers.

This zone in central Peru’s Huanuco and Ucayali regions in recent years has become one of the main sites for illegal logging and cocaine production and trafficking, for which Peru is the world’s second largest producer after Colombia.

“It’s already a second VRAEM,” said Odicio, referring to the Valle de los Rios, Apurimac, Ene and Mantaro zone, Peru’s mountainous cocaine-production area a little to the south, out of which comes – with the aid of the remnants of the Sendero Luminoso guerrillas – 70 percent of the 411 tons of the drug Peru exports annuelly.

“It’s like in the 1990s,” said Odicio, recalling the persecution of indigenous peoples in the Peruvian Amazon by Sendero Luminoso and the Tupac Amaru Revolutionary Movement (MRTA), which pushed millions of natives off their lands to avoid being enslaved or annihilated.

“This situation is regrettable. The (indigenous) leaders never denounce it publicly because they fear for their lives, but when you don’t denounce it, the worst happens anyway,” Odicio said.

“I’ve been threatened many times. The threats are indirect … through telephone calls and messages. We’re trying to protect ourselves, but nobody’s giving us a solution,” he said.

The criminal groups that engage in illegal logging and coca growing act in coordination with local and regional authorities, Odicio said, directly accusing government agriculture officials in Huanuco and Ucayali of giving them carte blanche to invade the tribal lands.

“They negotiate for the communities’ land and … invade. … They grow illicit crops, … manufacture cocaine and there are even clandestine landing strips,” he said, referring to “narco-flights” by which the drug is transported out of the region to Brazil or Bolivia.

“I don’t know what our government is doing. It’s chaos. They aren’t respecting the indigenous people’s rights. We have lots of laws, but they’re not enforced,” he said.

Despite the public complaints about the recent murders, however, imnpunity continues to prevail. In fact, the murderer of one man was released by police after being identified.

“We’ve even gone to the Interamerican Commission on Human Rights, but so far – nothing. Nothing else remains to us but indigenous justice, which can work better than Peruvian justice,” Odicio said.

“Controlling our territory and defending ourselves with our brothers to protect our land. It remains only for us to join forces, … since the state is ignoring us,” he added. 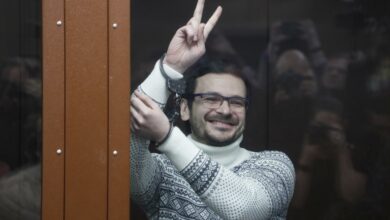