In its fourth-quarter earnings report and 2021 financial guidance, the New York-based company projects total revenues of between $59.4 billion and $61.4 billion this year, a range that reflects assumptions about “a continued recovery in macroeconomic and healthcare activity throughout 2021 as more of the population becomes vaccinated against Covid-19.”

The company posted net income of $9.6 billion in 2020, down 41 percent from the previous year, while its revenues edged up 2 percent to $41.9 billion thanks primarily to its oncology and internal medicine results.

“Our ability to move quickly and utilize cutting-edge science to help address the world’s most important medical challenges was put to the test by the Covid-19 pandemic. Our record-breaking success at developing a vaccine against COVID-19, along with our partner BioNTech, is just one example of what we believe this new Pfizer is capable of achieving,” Chairman and CEO Albert Bourla was quoted as saying in a press release accompanying the earnings report.

Two months ago, the Covid-19 vaccine developed by Pfizer and Germany’s BioNTech became the first to obtain emergency-use approval from a western country when it got the green light from authorities in the United Kingdom.

It has since been approved in more than 50 countries, although distribution challenges remain formidable.

In December, Pfizer and BioNTech announced that a second deal had been reached with the United States government for the supply of an additional 100 million doses, an accord that brings the total number of doses to be delivered to the US to 200 million.

The companies now expect the full 200 million doses to be delivered by the end of May instead of July, Pfizer said in the press release.

It said an additional 100 million doses the EU agreed to buy under an agreement signed last November – and which boosted that region’s total to 300 million – will be supplied this year. The supply for the Covax initiative, meanwhile, will be delivered throughout 2021, Pfizer said.

Separately, Pfizer said results from in vitro neutralization studies show that its vaccine (BNT162b2) is highly effective against the new variants of the coronavirus, adding that the findings “do not indicate the need for a new vaccine.”

Nevertheless, Pfizer and BioNTech “are prepared to respond if a variant of SARS-CoV-2 demonstrates evidence of escaping immunity,” the press release said.

Pfizer reported improved financial results in the fourth quarter of last year relative to the same period of 2019, including $154 million in revenue from its initial sales of the Covid-19 vaccine. 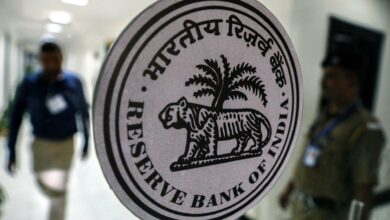