The agreement has settled a dispute between the government and the business outsourcing industry, which mainly includes the call centers, which asked to continue with the teleworking that they have been applying for the last two years.

For a decade now, Manila has been called the “call center capital,” with one of the world’s biggest sectors that accounts for nearly 9 percent of Philippine gross domestic product.

The government allowed a return to face-to-face work in March, but employees in the sector asked to be allowed to telework full or part-time, citing, among others, benefits for worker productivity.

Under Ferdinand Marcos Jr.’s, new government, “the new administration sought an agreement with the employers of the sector to allow remote work,” a public relations official from the Philippine Investments Office said.

Former President Rodrigo Duterte’s administration preferred call center employees to work face-to-face, saying it would boost the local economy through consumption in the cities that these workers contribute, especially in Manila.

“From the beginning, our priority was to ensure a solution for remote work [of companies] in the sector, which has become the new normality of the post-pandemic,” Health Minister Alfredo Pascual said in a Monday press release.

The current administration will channel requests from companies in the sector to allow remote work through the investment office instead of the industry department, as is currently the case, and they will not lose the tax incentives.

Zeng said teleworking in call centers would also help alleviate traffic in the Manila metropolitan area, one of the most congested cities in the world.

Manila became the world capital of these customer service centers of different multinationals a decade ago, but until now their workers had to endure up to several hours of traffic congestion to reach their offices. EFE 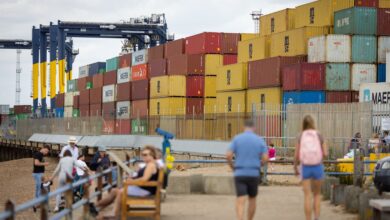