Manila, June 10 (efe-epa).- The Philippines government is to indefinitely suspend face-to-face school classes until there is a COVID-19 vaccine, to be replaced by online distance education, which could leave out millions of children who do not have access to the internet or a computer.

“We will comply with the president’s directive to postpone face-to-face classes until a vaccine is available. We assure our parents, learners, stakeholders that we are preparing ourselves for this mission,” Education Secretary Leonor Briones said this week.

Some opposition political leaders and parent associations have criticized the new delay as the possible availability of a vaccine against the novel coronavirus has been estimated to be sometime in the first half of 2021.

The academic year in the country usually begins in June, but the epidemic in the country delayed it to Aug. 24. Now, the in-person classes will not resume, and instead a mixed learning system with new tools and platforms is set to be in place, according to the Department of Education.

However, in a country where some 16 percent of families live below the poverty line, millions of homes do not have an internet connection, sometimes not even a television.

“The enrollment data the DepEd brags about reveals an alarming reality – constituents in poorer and more remote rural areas have little to no access to remote modalities, indicating that millions of poor children in provinces will likely be left behind,” Alliance for Concerned Teachers secretary-general Raymond Basilio said.

Since June 1, when enrollments opened for the public school system’s next academic year, around 6 million students have signed up, far less than last year’s 23 million.

Some experts pointed out that many low-income families, particularly in remote rural areas, could opt to lose an academic year amid these difficulties, while other families could decide on private schools or private tutors.

However, the majority of private and international schools in the country are also planning to start the online courses in August for the time being, in order to follow the government’s recommendations.

Universities have maintained the start date for the second half of August, but under an enhanced online learning model. EFE-EPA 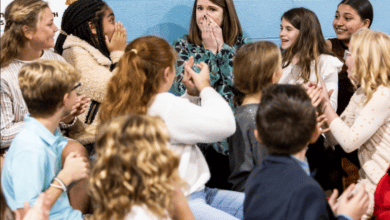