Bogotá, June 18 (EFE).- A Colombian judge has sent to prison a police officer accused of killing a teenage protester during an anti-government demonstration in the central city of Ibagué on May 1.

The prosecutor’s office, in a statement, said the court sent Major Jorge Mario Molano Bedoya of the National Police into preventive detention.

The police officer allegedly shot the teenage protester in the chest as thousands of Colombians protested against President Iván Duque’s economic policies that have worsened people’s lives in the South American country.

Police responded with an alleged brute crackdown against the demonstrations that continued for weeks. The government sent the militarized police force to control the situation after widespread protests since Apr.28.

For weeks, groups of young people blocked roads at strategic points that caused shortages of basic supplies and medicines.

Rights defenders say the police used disproportionate force against demonstrators across the country.

At least 74 people have lost their lives in protests, human rights organizations say.

Some 20 of them died in alleged police firing.

Murillo became one of the most visible faces of the alleged human rights violations by the police.

The prosecutor’s office has accused Major Molano of aggravated homicide.

The prosecutor’s office alleges that the projectile that hit the victim was from the weapon of the accused officer.

According to the testimonies collected by the prosecution, Major Molano was at the scene.

“A group of people asked Molano to help the injured victim but he ignored (the plea),” the prosecution alleged.

Meanwhile, the constitutional court on Friday decided a civilian court and not the military will hear the death of a teenager in November 2019 in police firing.

Dilan Cruz, who took part in a protest march on Nov.25 that year to demand better access to education, was hit on the head by a projectile fired by riot police in Bogotá.

The killing of Cruz, 18, sparked widespread outrage against the alleged police brutality and impunity. EFE 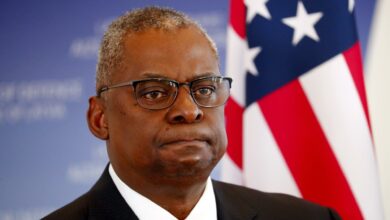