New Delhi, Nov 16 (EFE).- The air pollution in the Indian capital has risen to the worst levels of the season, with authorities in the grey smog-covered city scrambling with emergency measures and people preferring to stay indoors on Tuesday.

Visibility on the streets of New Delhi has repeatedly dropped to a few hundred meters.

The city of over 20 million people has disappeared behind the thick smog in satellite images, keeping its dubious honor of being among the most polluted cities for another year.

On Tuesday, the air quality index in the city stood above 400 in several areas.

It often touches the maximum level of 500 during the worst hours of the day, when transport emissions rise.

The average air quality in the city has consistently been “very poor.”

The concentration of PM2.5 in the air is ten times higher in India than the annual air quality benchmark set by the World Health Organization.

The System of Air Quality and Weather Forecasting And Research (SAFAR-India) said air quality was unlikely to improve Wednesday.

“Calm local winds reduce the dispersion of pollutants. So the air quality is expected to remain in the higher end of very poor category today,” SAFAR said Tuesday.

The air is affected by both “what happens inside Delhi and what happens outside Delhi,” Amit Bhatt, the director of transport at the nonprofit World Resources Institute India, told EFE.

He listed the burning of crop residues in agricultural regions near the capital and wind patterns as the external factors, while transport emissions, construction dust, use of fossil fuel, and the burning of solid waste as some major local pollutants.

“The air quality is bad throughout the year so all these factors add to the problem. Then we get the situation we are experiencing right now,” Bhatt said.

“This is typically the time of the year when the air quality (…) goes from bad to worse. Air pollution is a major problem across India, not only in Delhi. The 20 most polluted cities in the world are in India,” he said.

SAFAR urged residents of New Delhi to close the windows of their rooms and wear N-95 or P-100 respiratory masks when they ventured outside.

Authorities have ordered schools closures to prevent children from being exposed to polluted outdoor air.

They have also halted construction and asked public employees to work from home to reduce transport emissions and prevent dust from mixing in the air.

However, so far, these efforts have had little impact on the air quality.

The Supreme Court has also called for urgent measures to tackle the air pollution emergency.

“We have to wear the mask at home also,” the chief justice of India told government representatives during a hearing Saturday.

A small number of residents have started using domestic air purifiers inside their homes. 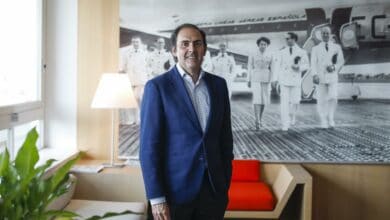 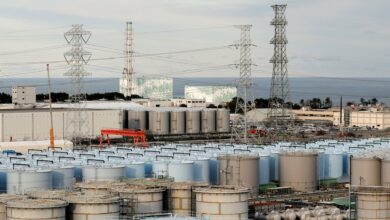