New York, Mar 10 (EFE).- The “mudras” of Buddhist ceremonies, the consecration of the host during a Catholic Mass and a pair of hands intertwined in prayer: those gestures of faith stand in for faces in an unusual artistic tribute to some of New York City’s most inspiring religious leaders.

Big Apple native Karl Haendel’s “Praise New York” exhibition, inaugurated Thursday at the Mitchell-Innes & Nash art gallery in the West Side Manhattan neighborhood of Chelsea and scheduled to run through April 16, pays homage to rabbis, priests, imams, pastors and other faith leaders who have shared vital resources and boosted the city’s morale over the past two years, the artist told Efe.

A score of nearly nine-foot-tall (2.7-meter-tall) realist portraits in pencil on paper that depict the hands of these spiritual guides now grace the walls of the gallery and tower over its visitors.

“I wanted to make a portrait of New York and all the people who live here, which is people from all over the world who speak all these different languages, have all these different faiths,” the artist said while standing on a ladder and putting a few finishing touches on one of his drawings.

His works are so hyper-realistic that the visitor instantly is drawn to the wrinkles, skin tone and age spots of each faith leader, along with the objects they wear or hold – rings, bracelets, a rosary – that add personality to each person’s hands and fingers.

One portrait depicts the hands of Father Enrique Salvo at the Church of St. Anselm & St. Roch in the New York City borough of the Bronx, where that popular Nicaraguan priest celebrated online Masses in the early months of the pandemic that comforted his parishioners.

Haendel’s hand portraits date back well before this project got off the ground in 2020.

“Because it’s a way to show someone in a novel way and not focus on their face, which is too much caught up with beauty and identity,” the artist said. “And when you see hands it’s missing from a lot of that, and you can kind of just get an expression of the person.”

With the onset of the pandemic in the United States in early 2020 and the protests that year against police brutality and racism that followed the police-involved killing in Minneapolis, Minnesota, of George Floyd, Haendel saw that people had a hunger for spiritual nourishment that went beyond their basic bodily necessities.

The project also was “somewhat in response to (US former President Donald) Trump and this xenophobic fear of people from the outside, recognizing that New York is a place that whatever New York looks like today is what America looks like in 50 years,” the artist predicted.

“New York is the future of America, this multi-cultural, multi-faith, multi-ethnic democracy,” the artist said. “And a good way to make a portrait of that was by drawing these hands from all these different religious leaders from different communities.”

Haendel said his process involved meeting with the various faith leaders in their houses of worship and taking photos of their hands.

He then used Photoshop to digitally manipulate those photos – making (sometimes physically impossible) hand compositions that served as a reference point for his pencil on paper drawings.

The artist added that he also hopes the project serves to make New York City’s cosmopolitan, secular, socially liberal population aware that truly being welcoming to immigrants and people of other backgrounds and traditions means accepting and showing respect for their religious beliefs. EFE 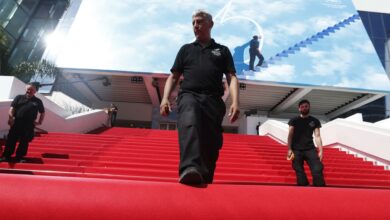 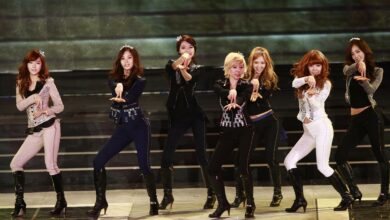 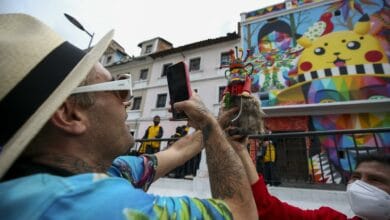 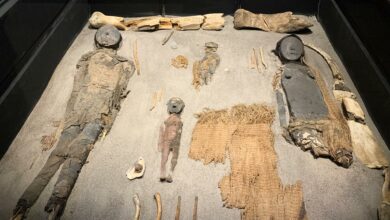