San Juan, Jul 29 (EFE).- The escalation in killings of women by partners or other men in their lives is prompting authorities and activists in Puerto Rico to pursue innovative ways of curbing gender violence, including a new mobile app that provides users with real-time information about potential threats.

This island of just over 3 million residents has seen nine “femicides” so far this year, compared with 12 in all of 2021, according to the Puerto Rico Gender Equity Observatory.

The first killing took place on Jan. 26, when Brenda Liz Perez was fatally shot by her ex-partner, while the most recent was the July 5 murder of Michelle Maldonado by a male colleague who tried to cover his tracks by reporting the victim as missing.

And the number of victims has continued to grow despite the government’s January 2021 declaration of a state of emergency over gender violence.

“We have the hope of establishing structures to diminish incidents, but regrettably, it’s a process that will not have immediate results,” the president of the Network of Domestic Violence Shelter, Vilmarie Rivera, told Efe.

In light of the discouraging numbers, Puerto Rico Gov. Pedro Pierluisi extended the state of emergency until June 30, 2023, maintaining the activity of the Committee for Prevention, Support, Rescue and Education (PARE).

The PARE Committee has revised Puerto Rico’s Action Protocol to Combat Violence Against Women, providing funding to NGOs that assist victims and created a streamlined mechanism for obtaining orders of protection, among other measures.

While PARE has done some “very positive” things, the problem will not be “resolved by revising a protocol,” Rivera said.

“Poverty has a female face and that has a bearing on gender violence,” she said.

Puerto Ricans learned this week to their horror about an autistic 13-year-old girl who became pregnant after being raped by her stepfather.

“We need to do a lot more on that prevention aspect, we have fallen short,” Rivera said, calling on the government to better fund educational campaigns.

Two entrepreneurs, Mayrel Gonzalez and Claudia Zorrilla, have responded to the crisis by creating a free app, Aware, which already has some 18,000 subscribers.

“This application emerged given a rampant necessity that we have in Puerto Rico to prevent more victims of domestic violence. We know that an effort is being made to address the needs of victims, but we don’t see any focused (on prevention),” Zorrilla told Efe.

Aware, so far the only app of its kind in Puerto Rico, collects data from various sources to provide users with maps that display “incidents in the area,” allowing them “to make better decisions” about the relative safety of various locations and routes.

The app also gives users access to detailed profiles of known sexual predators in their neighborhoods, combined with a facial-recognition feature.

A user can upload a photo of a person to the app and quickly learn if he has a criminal record.

For subscribers willing to pay a fee, Aware offers a “virtual guard”: a person who remains in direct contact with the user and is poised to contact police if the situation warrants. EFE 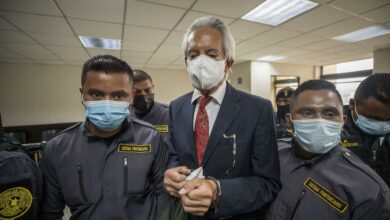