Moscow, Feb 1 (EFE).- Ukraine’s potential entry to Nato could lead to a war between Moscow and the Alliance for the control over the Crimean peninsula, Russia’s presdent Vladimir Putin said on Tuesday.

“Let’s imagine Ukraine is a Nato member and starts these military operations. Should we go to war with the Nato bloc?” he said during a joint presser at the Kremlin with Hungary’s prime minister Viktor Orban.

The Ukrainian military doctrine states the “recovering Crimea, including by military means,” Putin said about the Ukrainian peninsula that was annexed by Moscow in 2014.

“It is not something that they say in public; it is that it is written in their documents,” he added.

The Kremlin considers the issue of Crimea “closed”, a territory bathed by the Black Sea, he said.

Putin’s remarks came after a meeting with Orban, who said that “no European leader wants war”.

“We are in favor of peaceful agreements,” Orban said.

The nationalist leader, who was urged by the Hungarian opposition to cancel his visit to Moscow, had said that he would consult with his allies in the European Union and Nato before traveling to Russia.

Unlike other countries in the region such as Poland, Romania and Bulgaria, Hungary has not clearly expressed support for Ukraine in its border conflict with Moscow in recent weeks.

According to the press, Orban is looking to strengthen his country’s economic cooperation with Russia ahead of crucial April elections, in which the opposition has a chance of ousting him from power.

His visit comes a day after growing tensions over Ukraine, with the United States and its European allies accusing Russia of preparing an invasion, spilled over to the United Nations Security Council in the first meeting convened to discuss the crisis.

Earlier in the day, US Secretary of State Antony Blinken called on his Russian counterpart, Sergey Lavrov, to ease the tensions on the border with Ukraine.

“The Secretary urged immediate Russian de-escalation and the withdrawal of troops and equipment from Ukraine’s borders,” the Department of State said in a statement after a phone conversation between the top diplomats.

“He emphasized that further invasion of Ukraine would be met with swift and severe consequences and urged Russia to pursue a diplomatic path,” the statement read. EFE 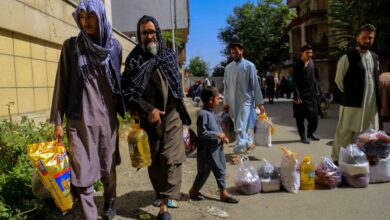