Sydney, Australia, Aug 26 (EFE).- Australian airline Qantas announced Thursday that it is preparing to restart international flights with low-risk countries from December as it recorded an annual pre-tax loss of AU$1.83 billion ($1.3 billion).

The airline, which canceled all its international flights at the beginning of the Covid-19 pandemic, plans to start flying from Australia in mid-December to low-risk countries with high vaccination rates, such as Singapore, the United States, Japan, the United Kingdom and Canada, Qantas said in a statement.

The Qantas group also revealed that it plans to return to service five A380s to fly to the US and the UK from mid-2022.

“On current projections Australia is expected to reach National Cabinet’s ‘Phase C’ vaccination threshold of 80 per cent in December 2021, which would trigger the gradual reopening of international borders,” the airline said.

It assumes flights to New Zealand will restart from mid-December, but those to destinations that still have low vaccination rates and high levels of Covid-19 infection, such as Indonesia, Philippines, Thailand, Vietnam and South Africa, will be pushed out to April 2022.

Australia has kept its borders closed since March 2020 and prevents its nationals from traveling abroad, although it maintains a low number of repatriation flights.

Qantas’ announcement coincided with the presentation of its results for fiscal year 2021 in which it registered an underlying loss before tax of AU$1.83 billion due to the effects of the pandemic.

The data, however, represents an improvement over the losses achieved in the previous year. EFE 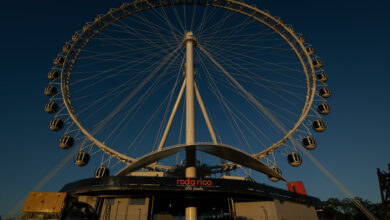