Washington, Aug 1 (EFE).- Heavy rain hit Kentucky in the United States again on Monday as the death toll from last week’s floods climbed to 37, including several children, according to the latest official count.

State governor Andy Beshear said in a press conference that hundreds of people were still missing so the authorities expect the death toll to continue to rise as rescue efforts progress.

The National Weather Service maintains an alert for flooding in central, southern and eastern Kentucky and predicts that torrential rains will continue on Tuesday.

According to local media reports, heavy rain during much of last week has destroyed electrical infrastructure, bridges, houses and roads.

Part of the state also remains without mobile phone coverage, although the service is being restored in many of the most affected areas.

On Sunday, Beshear announced that he was activating the National Guard reservists to help with the rescue efforts.

The governor had already declared a state of emergency throughout Kentucky on Thursday and mobilized the National Guard to deal with what he has described as one of the “worst and most devastating flooding events” in the state’s history.

This is the second natural disaster to hit the state in less than eight months after a series of tornadoes killed more than 80 people in western Kentucky in December.

On Friday, US President Joe Biden declared a “major disaster” in the state and “ordered Federal aid to supplement commonwealth and local recovery efforts in the areas affected by severe storms, flooding, landslides, and mudslides,” the White House said in a statement. EFE 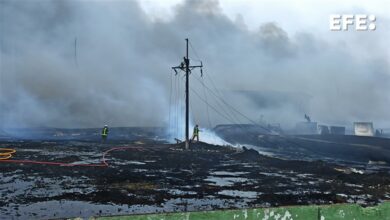