The Blancos vaulted over Barcelona into second place on 78 points, 2 behind leaders Atletico Madrid. Granada’s 12th straight LaLiga defeat to Real Madrid leaves them 10th in the table with 45 points.

All three title contenders have two games left, but Atleti control their own destiny. If they win out, they will lift the trophy for the second time in eight years.

Real Madrid dominated from the start against Granada and led 0-2 at the break. Host goalkeeper Rui Silva did well to slap away a Karim Benzema header in the 14th minute but couldn’t stop Luka Modric three minutes later after the Croatian slipped into the area unnoticed by the defense.

Silva thwarted Rodrygo in the final minute of first-half regulation before conceding to the Brazilian in stoppage time.

Modric was denied by Silva just before the hour mark and Blancos coach Zinedine Zidane made a triple-substitution to see out the final 30 minutes, bringing in Marco Asensio, Isco and Eden Hazard.

In the 71st minute, Granada’s Luis Suarez got the better of Eder Militao and forced a save from Blancos keeper Thibaut Courtois, but the ball rolled to Jorge Molina and he cut the visitors’ lead to one.

Alvaro Odriozola restored the two-goal advantage in the 75th and Benzema made it 1-4 in the following minute, chipping over Silva after the keeper came out to deal with a deep ball from Casemiro.

Despite the odds, Granada kept fighting and Courtois was pressed into action against Domingos Quina and Silva before the final whistle. EFE 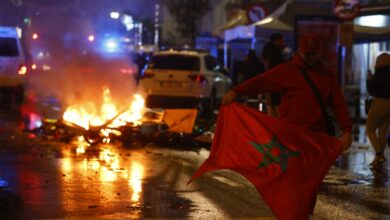