Miami, Mar 11 (efe-epa).- The application of artificial intelligence (AI) technology to payment-card processing prevented an estimated $2 billion worth of fraud in Latin America and the Caribbean in 2019 alone.

That figure is contained in a report published Wednesday on the results of Visa Advanced Authorization (VAA), a risk-management tool deployed by that American multinational financial services corporation, which has been using AI since the 1990s as part of its mission to make payments safer and easier.

When an attempted payment is initiated at a merchant, VAA uses AI technology to analyze more than 500 risk attributes in approximately a millisecond and produce a score that reflects how risky the transaction is.

The goal is to help financial institutions decide whether to authorize or decline a given transaction and at the same time create more confidence among consumers in digital payments carried out with mobile devices, Visa Inc.’s chief risk officer, Paul Fabara, and Eduardo Perez, the regional risk officer for Visa Latin America & Caribbean, told Efe.

“Fraud comes in many different forms, many different flavors,” Fabara said in explaining why the use of AI is so important in identifying high-risk or fraudulent transactions and issuing “real-time alerts.”

“AI is not a product that consumers will actually see. They’ll see the benefits of that behind the scenes so every time a transaction goes through our system we are learning from that transaction – where it comes from, where the customer is making that transaction, the amount of transactions that they are making, the type of transaction that it is,” he added.

Credit-card issuers have the final say on whether to approve or decline the transaction, according to Perez, who said Visa enables them to make that decision based on the full gamut of information.

Because the VAA tool allows for a more accurate risk assessment, it not only helps prevent fraud but also avoids friction with customers over non-problematic transactions that are declined.

More than 478 million payment cards were in circulation in Latin America and the Caribbean in 2019, a year in which the payment volume in that region amounted to $430 billion.

The penetration of chip cards and contact-less payment methods is high in the region, so “preventing fraud and facilitating business growth helps the region as it makes strides toward digital transformation,” Perez said.

The importance of artificial intelligence stems from its ability to learn from every transaction, Fabara said, adding that the more transactions VAA handles the more knowledge it accumulates in an area of vital importance to customers: fraud detection.

Asked by Efe about the level of risk in online transactions made using Visa’s payments network in Latin America and the Caribbean, Perez said that like in the other regions it is very low.

According to a study commissioned by Visa and conducted by Forrester Consulting, financial technology (fintech) companies, banks and businesses in Latin America expect the use of digital payments to increase due to the widespread adoption of connected devices.

The main reasons cited for the adoption of new payment technologies include greater payment transaction convenience (58 percent) and speed (56 percent).

“Security and convenience are the top priorities for Latin Americans, and the growing number of digital consumers expect a friction-less payment experience,” Perez said.

“The use of artificial intelligence on the part of Visa is helping companies in Latin America and around the world to improve the customer experience, drive business growth and mitigate the threats to payment security,” he added.

Visa uses AI across more than 100 applications and capabilities that allow consumers, retailers and financial institutions throughout Latin America and the Caribbean to benefit at each stage of the payment account experience, including the opening and incorporation, authentication and authorization processes. EFE-EPA 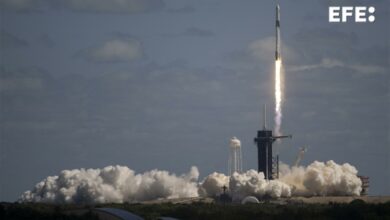