Lima, Feb 5 (EFE).- Spanish oil company Repsol took members of the media on a helicopter tour Saturday to display “significant results” from its efforts to clean up Peruvian beaches and coastal waters following a Jan. 15 accident that spilled 10,396 barrels of crude into the Pacific Ocean.

“The progress we have is already 43 percent of the cleaning tasks,” Repsol spokesman Luis Vasquez told Efe and reporters from other outlets after flying over the affected area.

The spill occurred when freak waves from a tsunami-triggering volcanic eruption near the faraway island nation of Tonga rocked the Mare Doricum tanker as it was unloading nearly 1 million barrels of crude at Repsol’s La Pampilla refinery in Callao, the port city adjacent to Lima.

Repsol expects to remove the oil from the water within the next two weeks and to complete the cleaning of “accessible and large” beaches, by the end of this month, Vasquez said.

“All that will remain for March is to conclude the work on reefs, on bluffs, in rocky areas, where the cleaning mechanisms are much more selective and manual,” he said.

The firm is relying upon “international methodologies” to identify the appropriate cleanup technology for each individual case “to guarantee that (surfaces) are free of hydrocarbons and without harming the ecosystem that existed before” the disaster, Vasquez said.

While the Peruvian government said that the spilled crude spread across 11.9 sq km (4.59 sq mi) of water and beaches, Repsol released a report Thursday greatly expanding the affected area to 105 sq km.

The cleanup effort includes nearly 3,000 people whose work is being coordinated from a control center at the refinery based on data from 18 satellites.

Earlier Saturday, the Peruvian government authorized a resumption of activity at La Pampilla, which had been shut down for 10 days by environmental regulators.

The decision was announced a day after the French and Dutch embassies in Peru raised concerns about an adequate supply of jet fuel for Air France and KLM operations in the country.

La Pampilla, which processes some 120,000 barrels per day of crude, supplies 40 percent of the fuel used in Peru. EFE mhh-dub/dr 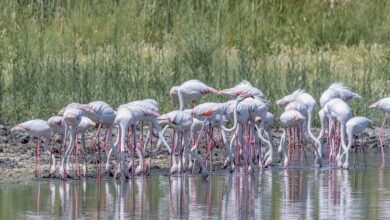