Bucharest, Apr 28 (efe-epa) .- Despite border lockdowns in much of the continent, Romanian labourers are travelling to wealthier Western European countries to work in crop harvesting amid worries that the coronavirus pandemic will lead to shortages in food.

The workers are being allowed to travel thanks to agreements between Romania and countries like Germany and the United Kingdom.

For many labourers, making ends meet outweighs the fear of contracting Covid-19.

“I am young, I am healthy and I am not afraid of the virus,” a young man tells Efe before boarding the plane that will take him to the UK to pick raspberries.

“What I am afraid of is not being able to eat if they have us locked away for another week,” he says as he queues to check-in at a deserted Bucharest airport.

The young man, who does not give his name, says he travels to the UK every year as a seasonal worker.

The changes caused by the pandemic have already cost him about a month of work and soon, he would have run out of money.

“There is no work here, there is nothing to do,” he says about the situation in the small town where he lives in eastern Romania.

Agricultural employers in Germany and the United Kingdom have declared that each country will need some 80,000 seasonal workers, especially from countries such as Romania or Poland, to harvest the crops, a job that most Germans and British have not been willing to do for years.

“In Romania, one million labour contracts have been suspended and some 300,000 have been cancelled,” said Orban, who alluded to “the more than 250,000 Romanians” who have returned home after losing their jobs in their host countries due to the coronavirus crisis.

“The absorption of this workforce is practically impossible,” the prime minister added.

According to analyst Mihai Isac, the decision to allow temporary charter flights will be crucial to ease the effects of the crisis among the most vulnerable in Romania, especially in rural areas.

“Although this wave of hiring is for a relatively short period, some months, authorities consider it will reduce the financial pressure on the public coffers,” Isac tells Efe.

Several opinion-makers, politicians and NGOs have criticised the alleged abuses to which day labourers are subjected. They have also taken aim at what they say is an irresponsible decision to allow workers to travel despite the risk of infection.

The German-Romanian Association for Integration and Migration (SGRIM), made up of Romanians residing in Germany, has accused Romania’s government of promoting abuses against day labourers, citing press reports about the death in Germany of a Romanian worker allegedly infected with Covid-19.

“Even the rules of hygiene and social distancing are not respected, and they are forced to work in inhumane conditions,” an open letter sent to the government read.

Lia Olguta Vasilescu, a senior official of the opposition Social Democratic Party, has accused Romanian authorities of behaving like a “colony” sending “slaves to the plantations”.

However, these criticisms and warnings do not seem to have an effect on those who have lost their jobs. 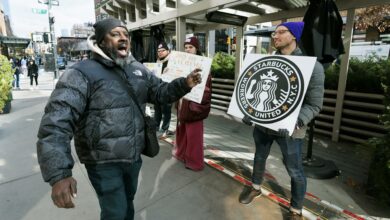 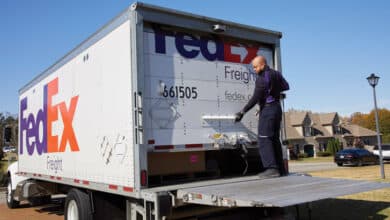 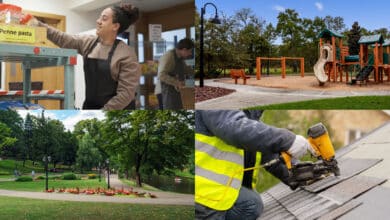