Torbat Heidarie, Iran, Nov 20 (efe-epa).- This year’s harvest of saffron, one Iran’s stellar products that is a staple of its traditional medicine and cuisine, has been hampered by Covid-19 restrictions which have taken a major toll on the world’s largest producer of the sought-after spice.

The shortage of laborers to collect and process the flowers this year has severely affected the “red gold” industry, a major source of income in a country that produces more than 90 percent of the world’s saffron.

Since the first cases of Covid-19 were reported in Iran in February, more than 42,000 people have died and about 800,000 have been infected, leading authorities to apply temporary limits on travel between cities as well as on working hours.

Most of the day laborers who work in the eastern province of Jorasán Razaví, the center of Iranian saffron production, travel from other cities for the harvest.

“Due to the coronavirus, our day laborers did not come this year, their number was greatly reduced. This meant that we picked the flowers later and that some plots of land were left unharvested and could not be used properly,” explains Efe Manuchehr Maleki, who has been a farmer for 28 years.

Normally, each plot would be harvested in one day, but this year it was not possible: “It had never taken two days to harvest the flowers,” says Malekí in Torbat Heidarié, considered the capital of saffron.

The veteran farmer and irrigation expert adds that the whole process was behind schedule, and that the task of extracting the red stigmas from the bloom was not completed in time either, leading to more losses.

“The flowers stayed in our workshops for several days and in the end we had to throw them away,” he laments as he watches the day laborers still working on one of his plots, which stretches out over the land like a purple blanket. 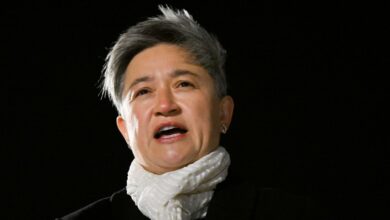