Seoul, Jul 7 (efe-epa).- South Korean company Samsung Electronics on Tuesday released a positive earnings estimate for the second quarter, exceeding the forecasts of most analysts due to strong demand for memory chips.

In its traditional earnings guidance – which does not include estimates of its net profit – the company forecasts that it will make an operating profit of 8.1 trillion won (about $6.79 billion) during the period between April and June, which would signify a year-on-year increase of 22.7 percent.

The figure is far above the $5.7 billion that most South Korean analysts had forecast.

At the same time, the multinational electronics company headquartered in Suwon, south of Seoul, expects its consolidated sales to reach 52 trillion won.

Although the amount would be 7.3 percent lower than that of the same quarter of 2019, it is slightly above analysts’ estimates.

As usual, Samsung, the world’s largest memory chip maker, did not disclose concrete data on its three main business divisions – semiconductors, mobile phones and consumer electronics – or information about its net profit estimate.

However, experts believe that the positive results of the second quarter would be a result of an increased demand for memory chips amid the global spread of the coronavirus pandemic.

In this way, the company would be offsetting the drop in the sale of its mobile phones, also caused by the pandemic.

Samsung will release its final results for the second quarter on July 30. EFE-EPA 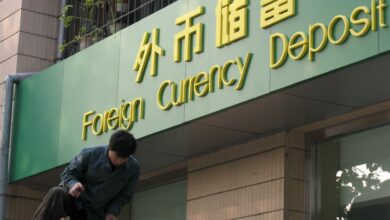