Tokyo, Apr 28 (EFE).- German chancellor Olaf Scholz on Thursday called for closer security and economic ties with Japan in the context of the war in Ukraine, and said the two countries will continue to work together to take “concrete steps” to counter Russia.

Scholz was in Tokyo to meet with Japanese prime minister Fumio Kishida during a two-day visit to Japan, his first official trip to Asia since taking office late last year.

“This is a political signal to show our commitment to the world,” the German leader said during a joint appearance after the summit, which was focused on coordinating the response to the situation in Ukraine within the framework of the G7.

Both leaders agreed to deepen their collaboration “because they share universal values, something that is currently very important,” Scholz said, referring to the war launched by Russia against the neighboring country.

Scholz and Kishida pledged to cooperate on concrete issues such as the implementation of sanctions against Russia, joint defense exercises, economic security, energy and the environment.

At a pre-summit event with Kishida held Thursday at the German Chamber of Commerce in Japan, Scholz also noted that his government is seeking closer ties “with countries that share democratic values” in the Asia-Pacific region, citing Australia, South Korea and India in addition to Japan.

Asked whether the rapprochement with Japan marks a change of course in Germany’s policy toward China, Berlin’s main trading partner, Scholz said he does not aspire “to divide the region.”

“I believe that we should not depend only on one country, as the war in Ukraine has shown us,” said the chancellor, who also justified his rapport with Japan by the fact that both powers “are major exporters and industrial countries.”

In the same vein, Kishida pointed out that the two countries “will reduce their energy dependence on Russia”, in accordance with the G7 commitments, and that they will seek other supply routes or other energy sources also with the aim of reducing CO2 emissions. EFE 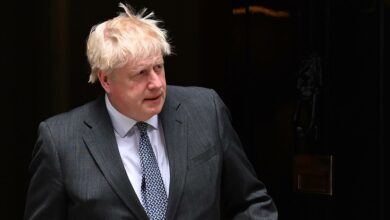 Johnson clings to power despite growing calls for resignation

China willing to deepen cooperation with Russia within G20