Bangkok, Sep 6 (EFE).- Singapore announced Monday the lifting of a Boeing 737 MAX aircraft flight suspension imposed in March 2019 as a result of the plane model’s crashes in Indonesia and Ethiopia.

Singapore’s Civil Aviation Authority said they have made this decision after “completing a technical evaluation, which included the aircraft design changes made by Boeing and approved by the Federal Aviation Administration of the United States (FAA),” the regulator said in a statement.

“CAAS also reviewed the operational data of the aircraft’s flights that had resumed service during the past nine months and noted that there have been no safety issues,” the statement read.

This aircraft model was grounded by aviation authorities around the world after two accidents in five months – in October 2018 operated by the Indonesian company Lion Air and in March 2019 by the Ethiopian airline Ethiopian Airlines – that caused the death of 346 people.

Investigations pointed to defects in the flight control system, which automatically lowered the nose of the plane, as the main cause of the accidents.

The United States lifted the Boeing 737 MAX flight ban in November 2020 after a 20-month review process and several design changes made by the aeronautical company, including a new flight control program.

CAAS conditioned the lifting of the aforementioned suspension to the fact that the airline that operates the Boeing 737 MAX has implemented all the actions required in the FAA directive, including a training program for the crew.

TheSingaporean flag carrier Singapore Airlines has six aircraft of the model, while foreign airlines bound for the city-state must also meet the requirements of the Singaporean authority.

In addition to the United States and Singapore, the European Union authorized the Boeing 737 MAX flights last January after the design changes made by the company. EFE 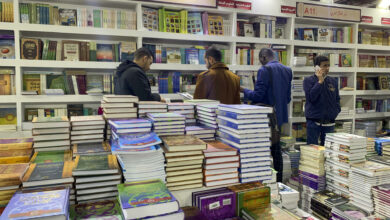