Kathmandu, May 19 (EFE).- Six people were injured and over two dozen houses damaged when a 5.8-magnitude earthquake hit the Lamjung district in western Nepal on Wednesday.

According to the National Earthquake Monitoring and Research Centre, the earthquake occurred at 5.42 am, with its epicenter located at Marshyangdi rural municipality.

Three aftershocks of magnitudes 4.0, 4.1, and 5.3 occurred in the district, the monitoring agency said.

He said one person jumped from the top of a two-story building and was critical in a hospital. The tremor destroyed 27 houses, he said, adding 12 of them sustained significant damages.

According to the United Nations, Nepal is the 11th most vulnerable country to earthquakes in the world.

On April 25, 2015, a magnitude-7.8 earthquake struck Nepal toppling multi-story buildings in Kathmandu, the capital, and creating landslides and avalanches in the mountains. 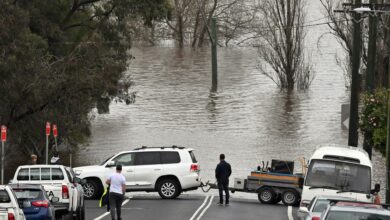