Nairobi, May 12 (EFE).- Jemima Maina knows from experience that she would not be able to get help if in danger. So after being raped in Nairobi, her only option was to send an SMS to ask for assistance.

“It’s the only system (to report a sexual assault) that I know,” the 20-year-old told Efe.

“I was alone, I screamed but no one came, so the only way to cry for help was through an SMS,” she added, while recalling the incident in 2019 in the Mukuru suburb.

The mobile technology project was officially launched in 2016 by NGO Action Aid alongside other Kenyan associations, including Africa Youth Trust and Wangu Kanja Foundation.

Since then, nearly 2,000 people from the slum, mainly women, have turned to it to denounce rape incidents, maltreatment and child abuse, among other crimes.

Once the SMS is received, a system operator immediately contacts the victims to offer shelter, medical and physiological care as well as free legal support.

“I will call her and the first thing I’ll ask her is if she is safe or not,” Everlyne Onyango, a volunteer for the project told Efe.

Rape victims are usually told not to shower in order to keep evidence, said Onyango. The service receives some 60 complaints a month, she added.

The person in charge of the case then takes the victim to a hospital where they can file a report with the police, she added.

Providing low-income victims with access to the judiciary is one of the initiative’s main objectives, despite some victims fear the repercussions of fighting for justice, including stigma.

“If you make them keep going to court it is too much because they have to retell their story which can repeat the trauma,” said Project Officer at Action Aid, Judy Odour.

“At some point people get tired of it and say there is no need and drop the charges,” she added.

Perpetrators can also buy off the victims’ families or the police.

“That is why we can see a discrepancy between reported cases and the ones that end up in court,” Oduor said.

175 cases were reported to the police of which only 34 have an open trial.

Janet Bahati, 26, dropped charges against her partner who falsely promised her to pay for plastic surgery on her burn scars that he caused during a suicide attempt.

“I gave birth (to my daughter) while wearing band aid to heal my burn,” she said as she recalled the burns she suffered in February 2018. Three years later, she now works in an appliance store thanks to a grant designed by Action Aid to financially empower the victims. EFE 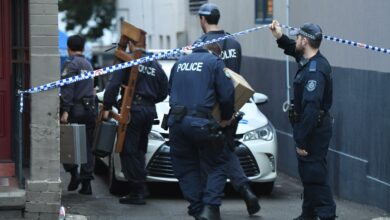