New Delhi, Feb 7 (efe-epa).- A glacier burst in the Himalayan mountains of northern India on Sunday led to a large flood of water and mud destroying several structures and left at least a hundred people missing.

The disaster occurred early morning in Chamoli district in the state of Uttarakhand, when a glacier broke off triggering severe flooding and mudslides along the waterways of several rivers in the region.

The incident has led to the emergency evacuation of thousands of people in the affected areas.

National Disaster Response Force Director General Satya Narayan Pradhan told the media that rescue teams had been dispatched to the area to join the security forces who are carrying out search and rescue efforts.

Mobile phone videos posted on social media show a large amount of mud and water suddenly slide down a river channel, severely impacting the slopes hard and destroying structures including a dam that was under construction.

The head of the rescue services in the region, Ridhim Aggarwal, told local PTI agency that those in-charge of the under construction power plant on the Rishiganga River “are not being able to contact around 150 of their workmen at the project site,” and their whereabouts remain unknown.

Uttarakhand Chief Minister Trivendra Singh Rawat, on his part, tweeted that the good news was that the water levels in another affected river, Alaknanda, had recovered back to normal.

The police took to social media urging the people in the affected areas to stay calm and move to safe places while rescue services where on their way.

“(I am) constantly monitoring the unfortunate situation in Uttarakhand. India stands with Uttarakhand and the nation prays for everyone’s safety there,” tweeted Prime Minister Narendra Modi.

In June 2013, the state of Uttarakhand was pounded by heavy rains that left nearly 7,000 people either dead or missing in what was one of the worst meteorological disasters to hit the country in recent years. EFE-EPA 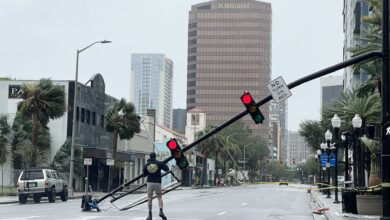 At least 17 dead in restaurant fire in northeastern China