Seoul, Aug 6 (EFE).- The South Korean authorities on Friday extended for another two weeks the maximum level of restrictions for greater Seoul and surrounding areas due to persistent Covid-19 infections.

In Seoul, the surrounding Gyeonggi province and the adjacent city of Incheon, level 4 restrictions will be maintained until Aug. 22.

“The urgent fire has been extinguished with the patience and cooperation of the people, but the flames of infection spread are still going on,” South Korean Prime Minister Kim Boo-kyum said during an interagency meeting, according to Yonhap news agency.

Level 4, implemented on July 12, allows meetings of a maximum of four people (a measure that has been in effect in the capital region since December), but only a maximum of two people can meet between 6 pm and 5 am.

In addition, spectators are banned from sports stadiums, nightclubs must close, school classes must be taught online, and bars and restaurants must shut at 10 pm.

The rest of the country will remain at level 3, prohibiting meetings of more than four people.

For a month, South Korea, one of the countries that has best controlled the pandemic with some 207,000 total cases and 2,100 deaths, has been registering more than 1,000 new cases per day due to the spread of the Delta variant and the shortage in the global supply of vaccines (15 percent of the population are fully vaccinated).

The highly contagious variant has recently been detected more frequently in the Asian country and, although to date only about 4,900 cases have been reported, about 1,900 correspond only to the last seven days, so local authorities foresee it becoming the predominant strain in the next few weeks. EFE 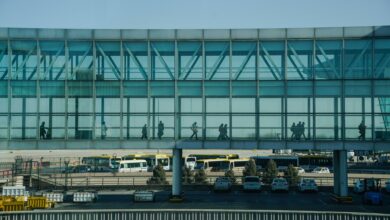