Seoul, Oct 19 (EFE).- North Korea fired a ballistic missile into the Sea of Japan on Tuesday, the South Korean military said, in the fifth weapons test by Pyongyang in less than two months.

The Joint Chiefs of Staff (JCS) said the neighboring country launched the missile eastward near Sinpo, South Hamgyong Province, around 10:20 am.

The South Korean military gave no other details.

Sinpo on the northeastern coast houses a North Korean submersible development center, implying that the regime may have tested a new Pukguksong-class submarine ballistic missile.

“The intelligence authorities of South Korea and the United States are currently conducting a thorough analysis regarding additional information,” the JCS said in a text message to reporters.

Japanese Prime Minister Fumio Kishida told reporters in the Fukushima city that Tokyo detected the launch of two ballistic missiles and not one.

The launch coincides with the inauguration of the international exhibition for the aerospace and defense industry in the South Korean capital.

The five-day biennial Seoul International Aerospace and Defense Exhibition (ADEX) comes amid heightened regional tensions after North Korea conducted a series of weapons tests in the past two months.

Avril Haines, the chief of National Intelligence in the US President Joe Biden administration, is also in Seoul to meet her South Korean and Japanese counterparts, Park Jie-won and Hiroaki Takizawa.

The three intelligence chiefs will discuss the situation on the Korean peninsula.

The series of missile tests that triggered an arms race on the tense peninsula began on Sep.12, with South Korea at one point responded with its missile launch, announcing that Seoul was developing new weapons in an arms escalation on the peninsula.

North Korea, late last month, said it test-fired a hypersonic missile that can break the sound barrier by at least five times.

The missile can fly at a low altitude and trace non-parabolic trajectories, making it a complex tactical weapon to intercept.

A brief KCNA statement did not name the new missile or where the test took place.

Pyongyang, on Sep.15, fired two ballistic missiles that flew 800 km before landing in the Sea of Japan (called East Sea in Korea).

South Korea responded with its ballistic missile from a Dosan Ahn Chang-ho-class submarine, the latest model submersible for the South Korean Navy.

The missile launches came even as North Korean leader Kim Jong-un restored communication channels with Seoul after two months, insisting that the South was not their military target. EFE 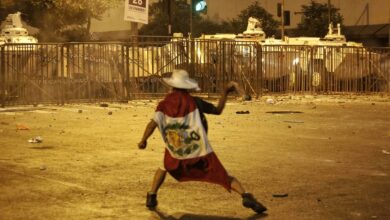