Seoul, Sep 26 (efe-epa).- South Korea on Saturday said it would ask the North to investigate further the fatal shooting of an official by North Korean troops, since there were discrepancies in details provided by the two sides about the killing.

“As there exist differences between North Korea’s explanation and our intelligence analysis, we decided to continue our investigation into the incident to reveal the truth,” South Korea’s presidential office said, according to Yonhap news agency.

The presidential office said South Korea would also request a joint probe, if necessary, to know the circumstances that led to the killing of the official.

South Korea decided to press the demand for further probe into the killing in a meeting of its National Security Council late on Friday.

The killing caused outrage in South Korea, with Seoul alleging that North Korean troops shot the man dead and burned his body.

However, North Korea claimed that its soldiers did not burn the official’s body but set ablaze the object he was using to stay afloat.

According to Pyongyang, its troops asked the man to stop and identify himself. When he refused, they fired more than 10 shots at the fisheries official who was trying to intrude into the North’s waters.

North claimed that its soldiers had acted according to its code of conduct.

According to intelligence analyzed by Seoul, the official was suspected to have jumped into the sea in an attempt to defect to the North.

While wearing a life jacket and clinging to a floating object, he drifted into Northern waters and was found and questioned from a distance by members of a North Korean vessel wearing gas masks.

A South Korean Joint Chiefs of Staff official said earlier this week that North Korean soldiers shot the man and poured oil over his body to set it aflame on “orders from superior authority.”

It is believed that the execution may have been in response to quarantine guidelines of the North, which sealed its borders at the start of the pandemic to combat Covid-19.

The South has tried unsuccessfully to contact the North in relation to the case, which promises to once again increase tension on the peninsula. EFE-EPA 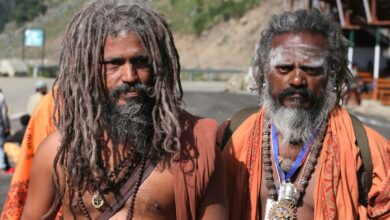 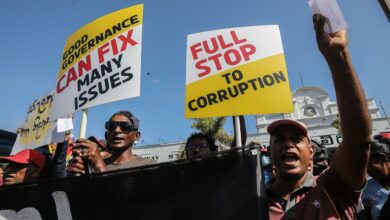