Guadalajara, Mexico, Oct 4 (EFE).- Spanish director Julio Medem said he has found himself at a turning point as he prepares what will be his first series for video-on-demand platforms.

During his visit to the ongoing Guadalajara International Film Festival, where he received the Mayahuel award for contributions to Ibero-American Cinema, Medem told Efe that he has gone in a new direction to remain current in a rapidly changing industry.

“There’s a crisis in film, especially in auteur cinema, which is in a bit more complicated (situation),” he said, adding that his foray into television also is about “the need for me to adapt to the new times. I’m really eager to do it and had the need to tell longer stories.”

Although the crisis for traditional cinema began before Covid-19, the pandemic exacerbated the problem by forcing the closure of theaters and causing many more people to seek out entertainment options in their homes, Medem said.

“Even so, paradoxically, what’s happening is that now there’s a lot of desire among cinephiles to see movies on the (big) screen, so it’s possible there’ll be a certain rise in that” demand, he added.

Medem, a native of Spain’s Basque Country, said that after writing the screenplay for his 2018 feature film “El arbol de la sangre” (The Tree of Blood) he had the sensation that an even bigger story could have been told.

He understood then that he needed to explore new formats and spent nearly three years writing “Jai alai,” a genre-blending story about a father’s relationship with his son and the interests, criminal elements, passion and hunger to win associated with that sport, a ball game of Basque origin that is considered the fastest game on Earth.

Its initial 10 episodes are to be filmed in Miami.

The Spanish director, known for films like “Los amantes del circulo polar” (Lovers of the Arctic Circle) and “Lucia y el sexo” (Sex and Lucia), described his latest offering as a “powerful story with dramatic substance.”

Medem also says he has been working on several other series, including one based on his historical novel “Aspasia, amante de Atenas” and another on the 1895-1898 Cuban War of Independence. EFE 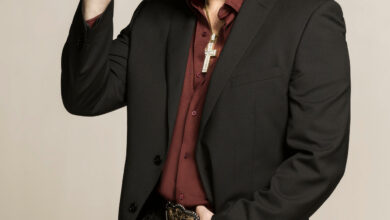