Lima, May 13 (EFE).- Thousands of students took to the streets of several cities in Peru on Friday to protest against the University Reform and Bill 904, which give power to parents’ associations in preparing the content of educational materials.

“I am protesting because the changes that are taking place cannot be stopped and we cannot go backwards. We cannot allow poor-quality universities to be created again,” Kevin Prado, a 27-year-old student of international business and administration, told EFE in Lima.

On May 5, the Peruvian Congress approved a university reform bill that undermines the power of the National Superintendency of University Education (SunEdu), a technical agency that oversees the management of these educational institutions.

“We have been improving our education to international levels compared to the past, but if this reform goes ahead education will go back,” Prado added.

Dozens of education unions and social rights advocates joined in the protests against Bill 904, which gives power to parents’ associations in regulating content in classrooms, opening the possibility sex education or gender related content disappearing from the curriculum.

Isabel Jimenez, a 33-year-old with a school-going daughter, underlined to EFE that the parents should be guided by teachers and specialists regarding the curriculum and not the other way around.

She also brushed aside the claims of “more conservative groups” that teaching gender related issues or sex education could promote “homosexuality among kids and teach them pronography.”

“This is false,” she stressed.

The protests saw slogans and placards such as “License to educate not to defraud,” “Reform is not sold, reform is defended,” “Peru without taboos,” and calls in favor of sex education. EFE 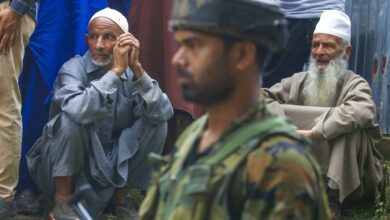